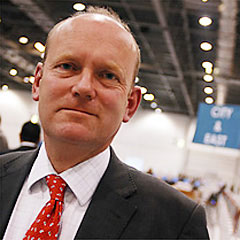 The Home Secretary has been asked today to ban a threatened march by the English Defence League through London’s East End.

The call comes from the London Assembly’s budget chairman John Biggs, who represents East London at City Hall. He has written to Theresa May asking her to ban the “divisive” march through Whitechapel planned for September 3 – anniversary of the outbreak of the Second World War.

“I have real concerns that groups opposed to the Far Right EDL will also take to the streets if it goes ahead,” he said. “The results will be huge public disorder, a risk of injury to the public and damage to property.”

Today’s letter was the second in a week to the Home Secretary in which he outlines his concerns: “I believe the march will be totally divisive.” It would be staged the first weekend after Ramadan, he points out, if it goes ahead.