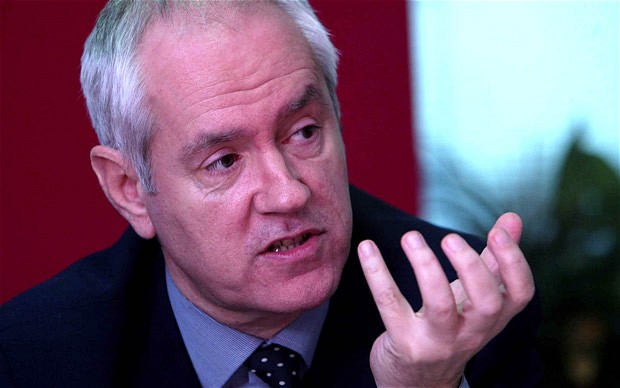 David Cameron risks creating more would-be jihadists because of his “cack-handed” review of the Muslim Brotherhood, who were deposed in Egypt last year, a former director of public prosecutions has warned.

Lord Macdonald of River Glaven QC said the investigation in to what was a democratically elected party sent out mixed messages to young Muslims. In an extraordinary outburst, he warned the move was a “double standard” that could play a “full part in the disillusionment and chaos seen in places like Iraq”.

He described the organisation as “democratic victims of violent military overthrow” and accused Mr Cameron of casting them as a threat while building bridges with the generals who deposed them. Writing in the Telegraph, he warned: “And when the objects of such calculation happen to be democrats who are also Muslim, you’d better wear a hard hat when you go preaching parliamentary values in parts of East London or Bradford.”

Mr Cameron ordered a review of the “philosophy and activities” of the Muslim Brotherhood in April, which will include an assessment by MI5 and MI6 on its potential terrorism links. The group legitimately won power in Egypt but was then deposed in a military coup last year. The review, which is due to report by the end of Parliament’s summer recess, is being conducted by Sir John Jenkins, the British ambassador in Riyadh.

Lord Macdonald, who was DPP 2003 to 2008, is now advising the Muslim Brotherhood on the Government’s review. He said that young British jihadists are “demented crackpots” but also the product of “failure on a heroic scale, emerging from British neighbourhoods and British schools with a hatred of rationality, reason and suffrage”.

“Doubtless there are complex reasons for this, and no single cause can plausibly bear all the blame for these young people’s descent into nihilism and violence. But one thing we should certainly look at is the mixed messages they receive, and the harm these can do.”

One example of that, he said, was the review of the Muslim Brotherhood. The said the argument for it was a “little stilted” with hints of threats but no mention of the fact they won a free and fair election. “It would be a great mistake to think that this sort of double standard goes unnoticed, or that it doesn’t play its full part in the disillusionment and chaos seen in places like Iraq,” he wrote.

“In the modern world, you can’t be a hypocrite in secret. Of course the management of a great nation’s interests abroad is bound to be hard-eyed. And governments will often have to compromise where perhaps they’d prefer not to. But even with that caveat, the review into the Muslim Brotherhood seems spectacularly cack-handed, in both conception and timing.”