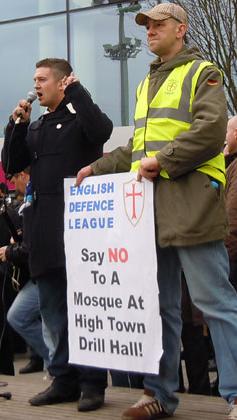 Plans to sell a large site in High Town to a Shia Muslim group have been put on ice by Luton Borough Council.

A campaign had been set up against the sale of the Old Drill Hall site by Darren Carroll, a relative of English Defence League leaders Stephen Lennon and Kevin Carroll, who claimed to have collected 1,500 signatures on a petition demanding the site was used for affordable housing.

Luton Borough Council said the site had been originally intended for housing, but economic conditions meant it had to sell the land on the open market.

But yesterday the council said a “change in government policy” had meant it had had to suspend the sale of the site, in which the Shia Masjid-e-Ali group were understood to be the preferred bidder.

The organisation is currently based in Moor Street but wanted to move to the Old Drill Hall and create a community centre, which it said would be open to people of all faiths.