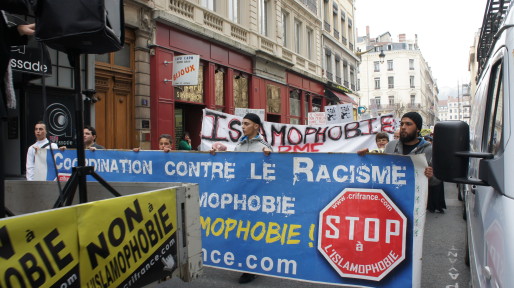 On Saturday the Coordination contre le Racisme et l’Islamophobie organised a demonstration against Islamophobia in Lyon, to mark the tenth anniversary of the introduction of the hijab ban in French state schools.

The CRI points out that the law was the first in a series of legal restrictions on, and judicial and administrative rulings against Muslims, including the 2011 ban on the niqab, a 2013 court decision upholding the sacking of a childcare assistant who wore a headscarf to work, the adoption this year by the Senate of a bill that would extend the hijab ban to childcare workers who work at their own homes, and the prevention of hijab-wearing mothers from joining their children on school trips.

The demonstrators called for the cancellation of all Islamophobic laws. 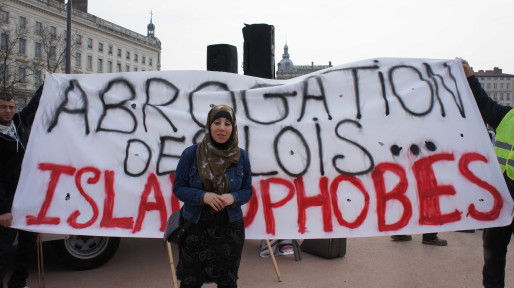