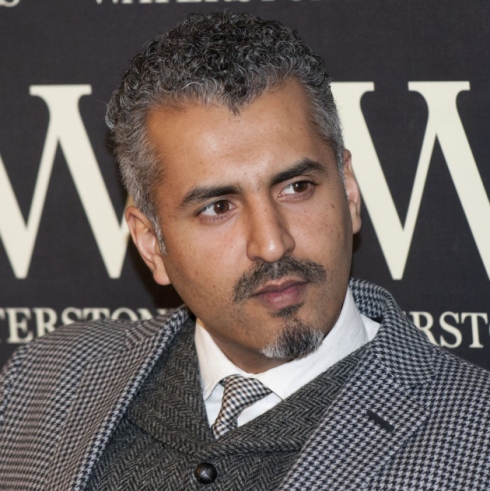 The 36-year-old, who will battle against Labour’s Tulip Siddiq and Conservative Simon Marcus to become Hampstead and Kilburn MP at next year’s general election, appeared at Hampstead Waterstones to speak about his book Radical on Tuesday.

Mr Nawaz spoke to journalist and commentator David Goodhart in front of a packed audience about the memoir exploring his journey from Islamic extremist to co-founder of counter-extremism think tank, Quilliam.

Audience members were able to put questions to Mr Nawaz who was confronted early on by a Muslim man who accused him of “going from one extreme to another”. The parliamentary hopeful, who spent five years in an Egyptian prison after being arrested in 2001 as a member of Islamist revolutionary group Hizb ut-Tahrir, responded by thanking the man for attending the meeting.

He explained: “It’s a sad indictment of where we are today that the sentence, ‘You’ve gone from one extreme to the other’, can be said without anyone really realising how strange that is. It tells us where the Muslim debate is. For the Muslim debate, the other extreme is liberalism.

“When actually the truth is, the other extreme is actually anti-Muslim, fascist violence – Combat 18 or formerly the EDL, which I happened to have a hand in dismantling in this country by convincing their two leaders and two co-founders to leave that organisation.

“Liberalism is respect and tolerance for everyone. The reason why Muslims tend to assume that liberalism is the other extreme is because for them they find it reprehensible that somebody can be liberal and that’s the problem.”