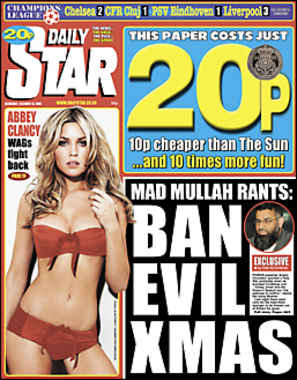 Hate preacher Anjem Choudary has launched his sickest rant yet as he branded Christmas “evil”. The Muslim fanatic shocked Christians and even those of his own faith by slamming the festival as “the pathway to hellfire”. And the hardline nut, 41, who recently praised the Mumbai terror massacre, urged all Muslims to reject traditional yuletide fun.

In an internet sermon on an Islamic website, demented Choudary raged:

Shocked “even those of his own faith”! Yes, even Muslims were taken aback by Choudary’s attack on Christmas. Who’d have thought it?