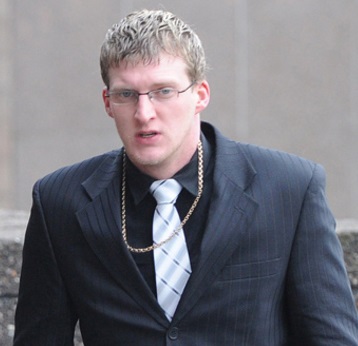 A 26-year-old man who admitted setting a fire which caused £26,000 worth of damage to an Islamic Relief Centre in Glasgow has been jailed for 15 months.

Stuart Rose torched bags of donations in the doorway of the centre in Albert Drive, Pollokshields, on 2 July 2009. Glasgow Sheriff Court heard that the 26-year-old was captured on CCTV and traced through the taxi firm which collected him from the scene. He later told police he “was just having a laugh”.

Update:  See “Glasgow fire-raiser dies in prison one day after he was jailed”, STV, 16 April 2010