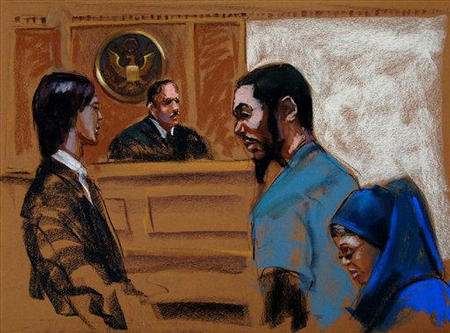 The US has a vast and very expensive Homeland Security bureaucracy with nothing to do. There hasn’t been a terrorist attack in America since 2001. There have been a vast quantity of terror alerts, the purpose of which was to scare Americans into supporting an unnecessary and illegal aggressive attack on Iraq.

As very few, if any, real terrorists have turned up, the FBI has resorted to creating terrorists by soliciting Muslim-Americans and appealing to them with schemes to aid ‘jihadists’. Recently, two American citizens were caught in a FBI sting. One, an Ivy-League educated physician, is charged with agreeing to provide medical care to wounded holy warriors in Saudi Arabia. The other, a famous jazz musician, is charged with agreeing to train jihadists in martial arts.

According to the Washington Times of June 1, the FBI began its sting in 2003, so it took two years of work and cajoling to manufacture the case against these two Americans.

What the FBI has done to Dr. R.A. Sabir and Tarik Shah was once known as entrapment. Judges would throw out entrapment cases, because crime was believed to require intent. If the intent was given to the accused by the police through enticement or threats, it was not regarded as criminal intent on the accused person’s part.

Unfortunately, “law and order” conservatives used fear of crime to “give our police more effective measures to clear criminals off our streets” and managed to eliminate the entrapment defense.