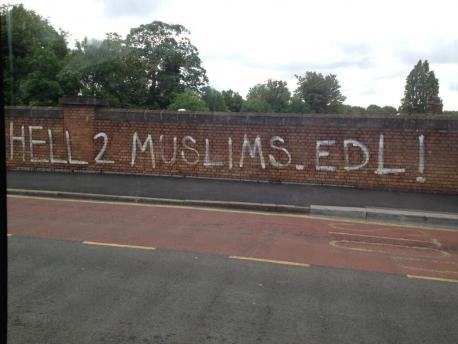 A message of hate was painted near Mitcham Junction station in the aftermath of yesterdays brutal murder of a soldier in Woolwich. While English Defence League supporters were rioting in Woolwich, it appears the graffiti, which read “Hell 2 Muslims EDL” appeared overnight in Carshalton Road.

Merton council were alerted to the vandalism this morning on Twitter and responded quickly. A council spokesperson confirmed the graffiti has since been removed.