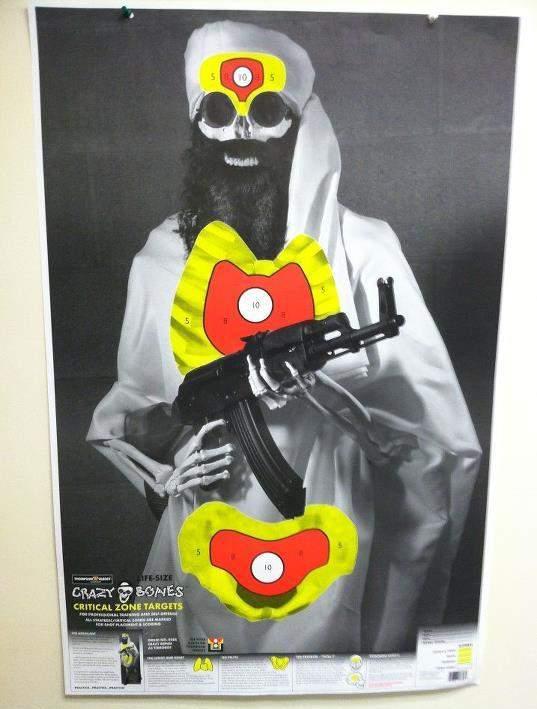 Dawud Walid, the executive director of the Council on American-Islamic Relations-Michigan, said he received a complaint last week about the image and met Thursday with the owner of Target Sports in Royal Oak, Ray Jihad, about it.

He said Jihad agreed to stop selling the target, which depicts a skeleton with a long beard wearing a robe and turban and carrying an AK-47.

“He was extremely friendly and understanding,” said Walid. “We welcome the decision of Target Sports to discontinue selling such targets, which could have the effect of perpetuating misconceptions that Muslims, in particular those wearing certain attire, are to be viewed as a threat that should be eliminated.”

The image is distributed by Thompson Target of Canton, Ohio, which also features targets such as “Wall Street Zombie” and “Redneck Zombie.” Walid said he asked Thompson Target to stop selling the Muslim-themed target but was told to put his complaint in writing.

“It’s provocative and dangerous,” said Walid. “There are law-abiding Muslims in this area who dress like this minus the AK-47. With the incredible surge of gun violence, an unstable person can see a Detroit-area Muslim as a potential target for shooting.”

Walid also raised concerns about how many other gun shops across the country might be selling the target.

“We would hope after review that they would stop manufacturing other targets that single out minority communities,” he said.