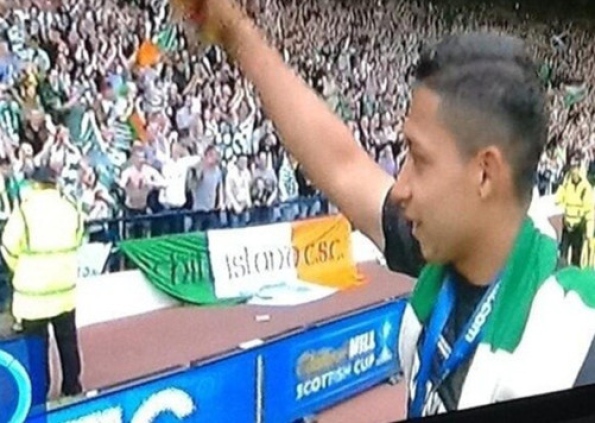 The Irish radio station Newstalk reports on an outbreak of Islamophobic (and anti-Catholic) hysteria in response to a banner displayed by Celtic supporters at the Scottish cup final. The banner featured the words “Achill Island C.S.C.” (Celtic Supporters Club) but was misread by some observers as “Achill Islam C.S.C.”, provoking a storm of angry tweets from bigots eager to denounce Celtic and its fans.