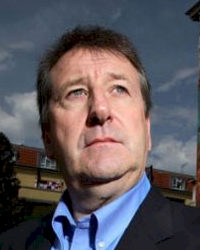 “For some unfathomable reason, the Government has the notion that if it embraces Muslim extremists they’ll help us win the war on terror. Assorted headbangers are given lavish grants and seats on ‘anti-terrorism’ committees. Ministers have got it into their heads that if we put our arms around them and cross their palms with silver, they won’t blow us up.

“The rest of the world thinks we’re stark, staring bonkers. And not without reason. So it didn’t come as any surprise to learn that a man wanted by Interpol in connection with terrorist offences has been hired as an adviser to Scotland Yard.

“Mohammed Ali Harrath was convicted in Tunisia of numerous criminal and terrorism offences and sentenced in his absence to 56 years in prison. Interpol has him subject to a ‘red notice’ (the highest level of alert) and is urging all countries, including Britain, to arrest and deport him. Yet in addition to advising the Yard on ‘best practice’ in combating terrorism, he also runs his own TV station, which pumps out Islamist propaganda to 1.6 million viewers in this country.”

Meanwhile, over at the Times, the appalling Pauline Neville-Jones is calling for Mohamed Ali Harrath to be sacked from his position as an adviser to Scotland Yard and even, it appears, to be deported: “The FCO must be aware that the Tunisian Government, an ally in the fight against terrorism, has asked for the extradition of this man.”

And Mad Mel (“Lunacy at the Yard“) has added her ten cents to the debate:

“It’s all because of this extraordinary belief by the higher echelons of the British security world that Islamist extremism is the antidote to Islamist terrorism – that the Muslim Brotherhood are useful allies against al Qaeda. That utterly false belief derives in turn from the refusal by the establishment to accept that what we are facing is an Islamic jihad, a religious war against the non-Islamic world.”

For a response to the witch-hunt see Islam Channel press release, 16 December 2008