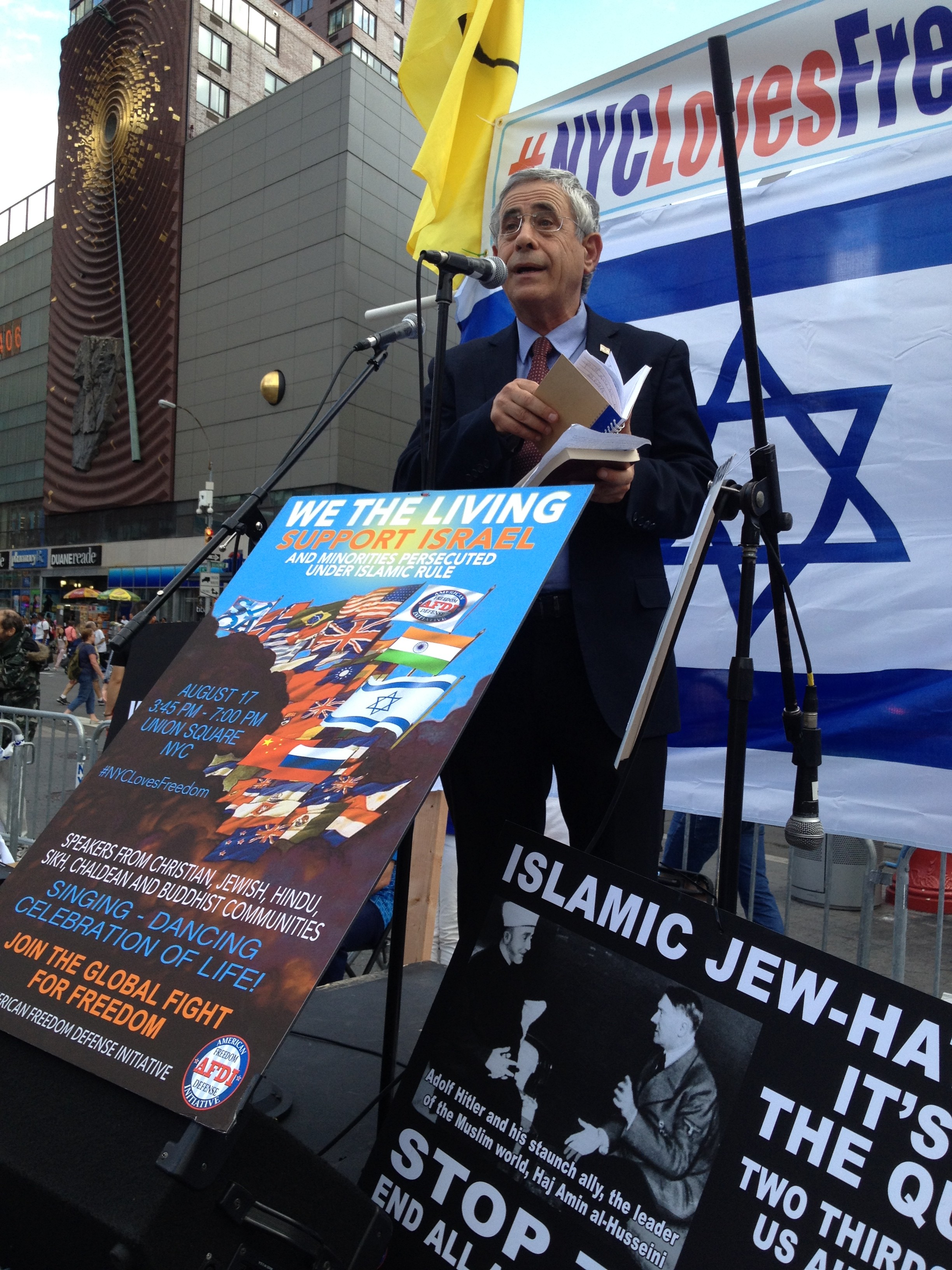 In an apparent attempt to boost turnout – even Geller must be aware that the vast majority of New York’s Jewish community, including committed supporters of the state of Israel, will have nothing to do with her – the event was subtitled “And minorities persecuted under Islamic rule”.

According to Geller, an individual who enjoys at best a tenuous relationship with reality, the event attracted “thousands” of AFDI supporters, though it’s odd that her website contains no pictures of this vast throng. From photographic evidence, it looks as though the attendance was at most a couple of hundred. A report at the Huffington Post puts it at “around 150”.

The speakers included Israeli academic Mordechai Kedar (pictured), who flew to the US specially to address the rally. According to Geller’s report, he devoted his speech to showing “how the jihadists are proceeding according to quranic imperatives”.

You’ll remember Kaidar. He’s the man who recently hit the headlines after he argued that the only thing that would deter attacks on Israel would be if the sisters or mothers of the perpetrators were raped.