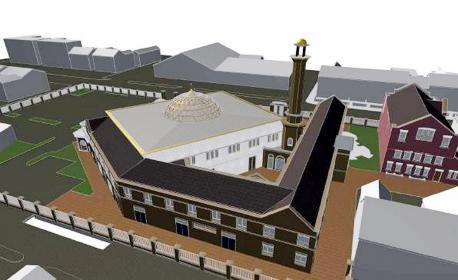 “Plans for new ‘super’ mosque in Astley Bridge” – that’s the headline to a report in the Bolton News this week. The article begins: “A HUGE new mosque is planned for Bolton.” And readers are told: “The development will cater for more than 1,000 prayer mats in the mosque building.”

True, the report goes on to quote support for the planning application from local councillors and a statement by the architect that the new building is intended to “play a part in bridging the gap between the negative perceptions of Islam and the true meaning of Islam”. But the impact of the headline and introduction to the story is clearly to reinforce an “Islamification of Britain” narrative.

Only last month a plan for a mosque expansion on a much smaller scale elsewhere in Bolton provoked threats of violence and an intervention by the far right. So it was entirely predictable that the Bolton News report would result in an outburst of right-wing Islamophobic hysteria. And so it proved. After a day deleting offensive and abusive posts from readers the Bolton News was forced to close comments on the article.

A more responsible report of the plan would have emphasised that the Taiyabah Islamic Centre, the organisation responsible for the proposed development, already owns a large complex of buildings in Draycott Street and Blackburn Road from which it has operated since 1988. The existing mosque has places for 700 worshippers. So the “huge new mosque” doesn’t represent such a dramatic transformation of the situation as the Bolton News article suggests.

The proposed development is to take place on a scruffy parking lot in the middle of which is a derelict retail unit that is currently a bit of an eyesore. Any neutral observer would conclude that the new building, with its trees and open spaces, would greatly improve the area.

Such a rational response is of course entirely foreign to the anti-Muslim bigots who heaped abuse on the project at the Bolton News. They have launched a Facebook page, “Stop the Astley Bridge Mosque Bolton”, which now has over four thousand likes. As you can see, they make no attempt to disguise the fact that they are against building any mosques at all in Britain, not just the one in Astley Bridge. And the “No more mosques” banner that that is featured on the page would appear to be the very same banner that was used on a British National Party protest in Bolton last month.

The organisers of the anti-mosque campaign have launched an e-petition against the development and are holding a protest at the site tomorrow. The issue also looks likely to be taken up by the Islamophobia industry generally, with Raheem Kassam’s Breitbart London having already run a piece on it. 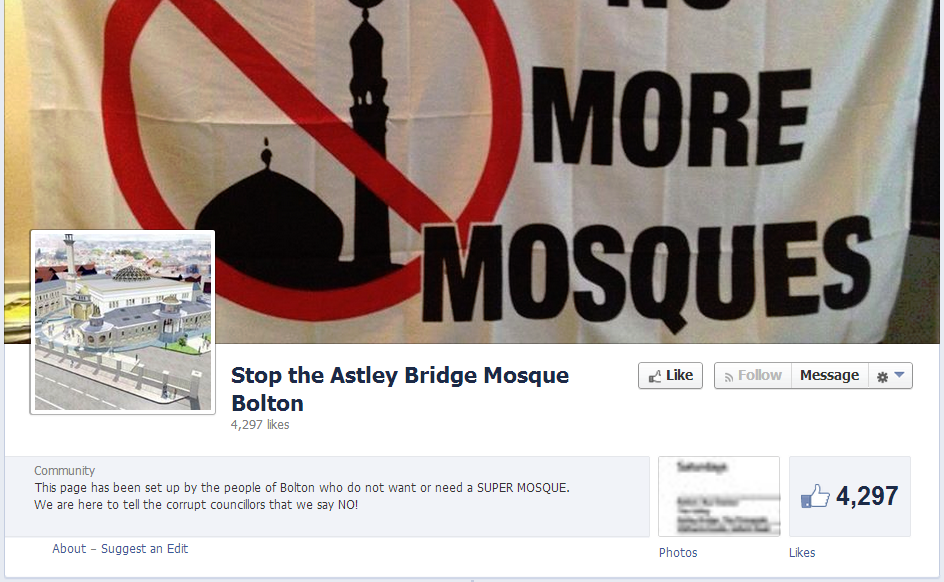