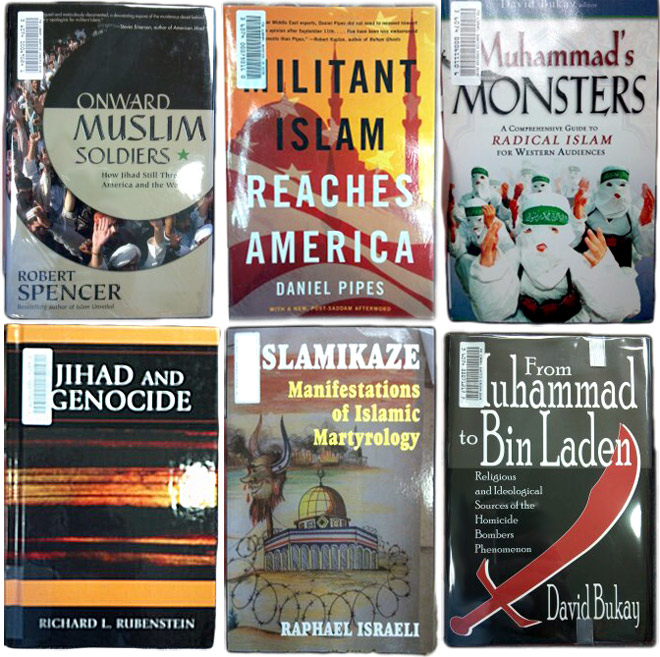 Following months of denials, the FBI is now promising a “comprehensive review of all training and reference materials” after Danger Room revealed a series of Bureau presentations that tarred average Muslims as “radical” and “violent”.

But untangling the Islamophobic thread woven into the FBI’s counterterrorism training culture won’t be easy. In addition to inflammatory seminars which likened Islam to the Death Star and Mohammed to a “cult leader”, Danger Room has obtained more material showing just how wide the anti-Islam meme has spread throughout the Bureau.

The FBI library at Quantico currently stacks books from authors who claim that “Islam and democracy are totally incompatible”. The Bureau’s private intranet recently featured presentations that claimed to demonstrate the “inherently violent nature of Islam”, according to multiple sources. Earlier this year, the Bureau’s Washington Field Office welcomed a speaker who claimed Islamic law prevents Muslims from being truly loyal Americans. And as recently as last week, the online orientation material for the FBI’s Joint Terrorism Task Forces included claims that Sunni Islam seeks “domination of the world”, according to a law enforcement source.