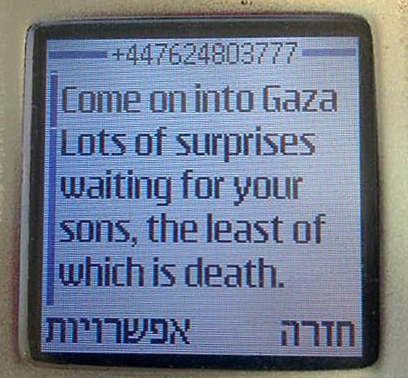 “You would have thought that after relying on the dubious claims of Glen Jenvey for a front page lead story, only for it to have been withdrawn less than a week later might have made the Sun‘s journalists slightly more circumspect in accusing British Muslims of stirring up hate or targeting Jews.

“Then you of course remember that you’re dealing with the Sun, where few of the journalists in the first place have enough brains or probably the time to make a Google search before taking to slamming their keyboard and banging out another idiotic piece. So it is with today’s banner boosting, potentially baseless claim, that ‘menacing texts sent … by Hamas supporters’ originated in this country.”