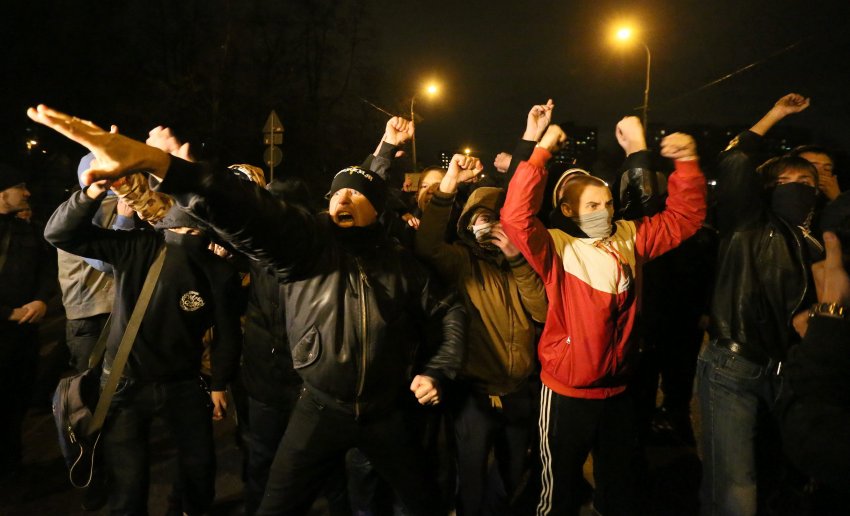 Moscow is reeling from its worst bout of ethnic unrest in three years after the alleged murder of a young Muscovite by a foreign immigrant last week.

Nationalist mobs rampaged through the streets of a southern suburb on Sunday after the murder of 25-year-old Yegor Sherbakov, chanting “Muslims are the shame of Russia.” The gang turned over cars, blocked streets and fought running battles with riot police late into the night.