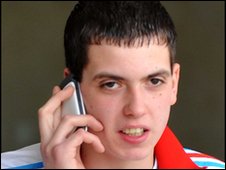 A teenager who petrol bombed a mosque has escaped a jail sentence after it was judged not to be a race hate crime.

Peter Clark, from Livingston, set fire to Livingston Mosque and Community Centre in West Lothian with a beer bottle filled with petrol. Members of the mosque stamped out the fire before police were called in.

Clark, 19, appeared before Livingston Sheriff Court and was fined £400. He was also ordered to pay the mosque £60 in compensation.

Fiscal depute Victoria Greening told the court that members of the mosque found the smouldering remains of the bottle smashed against a door at the back of the religious building on 17 August, 2008.  The bottle was taken away for analysis and the DNA proved a match to Clark who had earlier denied any knowledge of the fire.

In mitigation, Clark told the court that he had been having problems with his pregnant girlfriend and had also learned that his father was not his biological dad. Ms Greening said: “There is no indication that this was a racially motivated crime.” Clark’s solicitor, Ian Bryce, said his client was not a racist and he was not acting in a racist manner. “It was an act of profound foolishness, nothing more, nothing less than that,” Mr Bryce added.

Sheriff Alan Miller said: “You are very lucky really. This incident could have turned out to be so much more serious than it did had the fire really taken effect or had there been injury to people as well as damage to premises.”