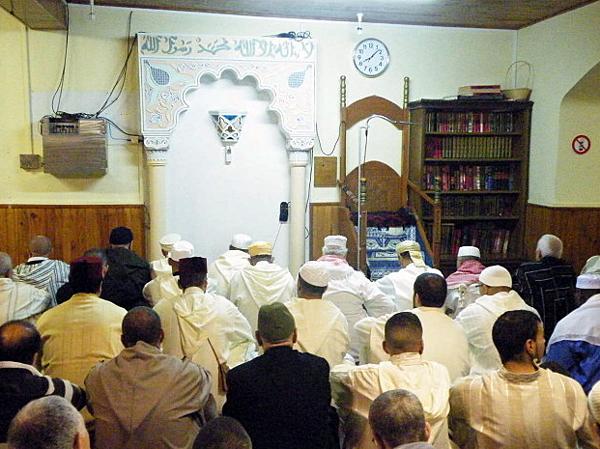 The Collectif contre l’Islamophobie en France reports that a mosque at Mulhouse, in Alsace, was the victim of an Islamophobic act earlier this week. Exactly as happened at Meximieux last month, officials at the place of worship were mailed an envelope containing ham.

The CCIF adds that, as was also the case with the Meximieux mosque, this is not the first time that the Mulhouse mosque has been targeted in an act of hatred. About a year ago more than 70 nails were found along the front of the building where worshippers usually park their cars. When Daoui Hanafi, president of the mosque, attempted to file a complaint, the police refused to register it and only agreed to record a statement.

In this latest incident, on collecting the post from the mosque’s mailbox Mr Hanafi found a yellow envelope, stamped and addressed to the As-Salam mosque. Inside was a plastic bag containing the pork. This time, he was able to file a complaint with the police. At Meximeux, by contrast, in identical circumstances, the police argued that no offence had been committed and refused to register a complaint.

In addition to being the target of repeated attacks, and both receiving a letter containing pork, there is a third common feature that connects these two mosques, namely that they have faced the reluctance of the authorites to take threats to their places of worship seriously. The CCIF asks whether French Muslims are to be treated as second class citizens, who are to be denied the recognition and protection due to any victim under the law.

The CCIF salutes the gesture of the local council at Meximeux, who contacted mosque officials to assure them of its support following this act of hatred. The CCIF expresses the hope that that in addition to words of sympathy practical measures will be taken to ensure the security of Muslim places of worship, as is the case with synagogues, and to punish those guilty of such hate crimes.

It notes that while desecration, vandalism and other attacks on mosques have have taken place across the country, they have increased in recent months in eastern France in particular: at Tomblaine, Besançon, Vandoeuvre, Contrexéville and now Mulhouse.

The CCIF adds that the Muslim presence in Alsace, and Mulhouse in particular, dates back more than a century, well before the immigration of the 1970s. It points out that Alsace would perhaps not be part of France today were it not for the French North African soldiers who fought and died for their country in the Franco-Prussian War of 1870. The Mulhouse mosque, which is run by a Moroccan association, is in a street named after the 4th Moroccan Mountain Division, who participated in the liberation of France in 1944.

It is therefore ironic, the CCIF observes, that some hate-filled individuals who claim to be patriots have created a climate of hostility and violence against the French Muslim community, demonstrating their contempt for the history and values ​​of the French nation.