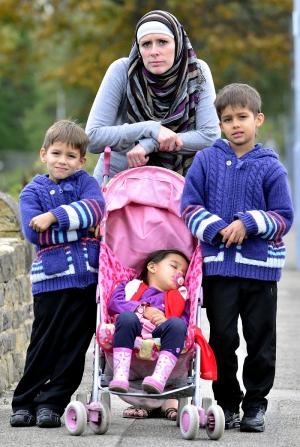 A mum who converted to Islam says she is being subjected to abuse each day as she walks her children home from school by pupils who jeer at her from a passing bus.

Tracy Shah, 31, of Shipley, who wears a headscarf, claims she has been spat and sworn at since February by a group of pupils travelling on a bus from St Bede’s Catholic Grammar School, which passes her on Canal Road and Gaisby Lane.

The mother-of-three who converted to Islam in 2003 before marrying her husband, said: “They have sworn at me and shouted out of the windows at me “why are you wearing a towel on your head?”