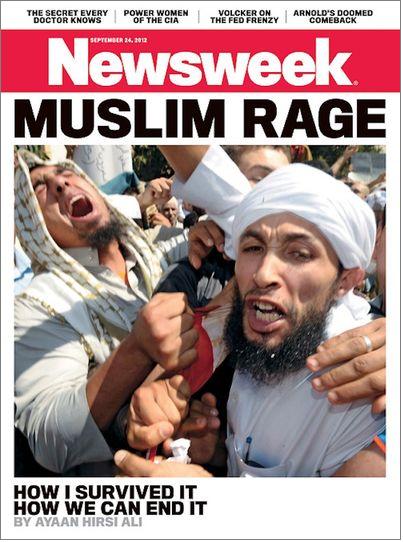 “Thoughtfulness has flown out the window at Newsweek this week, as Tina Brown traded in a little bit of integrity and placed her bets on Islamophobia being a big seller with the magazine’s screaming ‘Muslim Rage’ cover”, Alexander Abad-Santos writes.

There have been a couple of good articles on the Innocence of Muslims controversy placing so-called “Muslim rage” in context – by Myriam Francois-Cerrahand Haroon Siddiqui.