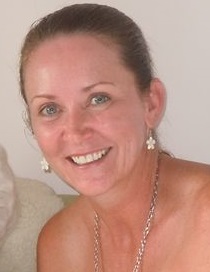 A Queensland policewoman who launched a racist internet ­attack against an Aboriginal ­activist under a fake Facebook profile, where she also called for the banning of Muslims in western society, has escaped disciplinary action after undergoing “cultural training”.

Leanne Rissman, who uses the pseudonym “Sharia Anne”, was confirmed by an internal police investigation as being behind ­internet posts and emails in which she calls Aborigines “oxygen thieves” with a “disgusting aversion to work”.

Despite calls for her sacking, Senior Constable Rissman is helping run the overnight shift at the Townsville watchhouse, where a high ­proportion of prisoners are Aboriginal.

West Australian activist Joyce Capewell, whose son and brothers served in the police, was the target of the attack from Constable Rissman in January on her Facebook page Boomerang Justice. Lawyers for Ms Capewell are preparing a legal action alleging racial vilification.

“A person with those sorts of racist attitudes has no right to wear the badge, attitudes like that don’t change with some training,” she said. “How is a ­policewoman like this going to treat Aboriginal people and Aboriginal prisoners?”

Just after Christmas, Ms Cape­well, who worked in West Australian jails for two decades, had posted a piece on Facebook about the high number of Aborigines in jail and deaths in custody, and calling on the Abbott government to act.

Constable Rissman, as “Sharia Anne”, posted a comment saying Aborigines represented a “tiny minority” of deaths in custody. “After working in indigenous communities and seeing the millions of dollars thrown at them for doing nothing all I can say is the predicament they and other white trash find themselves in is their own doing,” she added.

After the post, Ms Capewell sent an email to “Sharia Anne”, telling her to “keep your racist Nazi mind mentality off my page”, which prompted several emails from Constable Rissman.

“You’re just a white person with a splash of black who chooses to ignore her WHITE heritage like most of you do,” Ms Rissman wrote. “A splash of black and you have so much of a give me give me attitude, you’re all the same, you have such a disgusting aversion to the work that we the tax payers have to continually dish out to you and white trash.”

Constable Rissman has endorsed anti-Muslim and pro-white websites on her Facebook page, including “Australians Against Islam” and “Take Back Australia”. “Islam is not compatible with the western democratic way of life and should be banned completely,” she wrote.

Steve Hagan, managing editor of First Nations Telegraph, said he was “gobsmacked” that Constable Rissman had not been sacked.

The Queensland Police Service said last night that Constable Rissman had undergone training and moved to Townsville to be ­directly supervised. “The remarks were considered to be racially offensive and ­although made by the subject officer off-duty were not consistent with the standards and values of the QPS,” the statement said.

Leanne Rissman’s call for a total ban on Islam appeared on a petition she signed last year demanding the cancellation of television adverts by the Mypeace organisation that promoted the Prophet Muhammad.

The petition stated that “the prophet muhamad consumated his marriage to 9 year old girl named Iesha” and complained that it is “not right in our western society to glorify a pedophile”.

However, a mere ban on TV ads didn’t go far enough for Ms Rissman, who added the comment: “Islam is NOT compatible with the western democratic way of life and should be banned completely.”