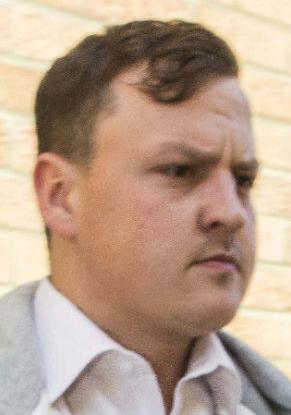 A man has been jailed for 22 months for vandalising a south Wales mosque and attacking a couple who challenged him.

Steven Davies, 22 and from Neath, smashed four windows at the St Anne’s Islamic centre, Tonna, and then head butted, kicked and stamped on the woman and punched her husband. Davies admitted religiously aggravated criminal damage and assault.

The court heard Davies carried out the late night attack on the mosque on Friday 13 September last year.

James Jenkins, prosecuting, said caretaker Mohammed Islam was inside the mosque checking the premises as he had been doing more regularly following a number of assaults. The caretaker heard stones being thrown and called the police, who told him to stay inside, Mr Jenkins said.

A neighbour watching television in his bedroom heard windows being smashed and then looked out to see someone attacking first one window of the mosque, and then another. Mr Jenkins said when the man saw someone trying to barge into the building he called the police.

The noise woke another resident, Kevin Thomas, and his wife Melanie who asked Davies if he was all right. The defendant turned and ran towards Mrs Thomas and began assaulting her, after first accusing her of being part of the Muslim community, Mr Jenkins said.

Davies head butted Mrs Thomas, knocking her to the floor, loosening some of her teeth, and kicked her. Her husband came outside to see what was happening and the defendant turned on him, saying “you want some do you?” before punching him in the face.

Defending barrister Christopher Rees said Davies apologised unreservedly to the Thomases for his behaviour, to members of the Muslim community, and to the village of Tonna.

Mr Rees called the act a “mindless act of drink”, adding: “He’s brought shame on himself, his community and his family. He’s had a period of time to reflect during his time in custody, and he’s deeply remorseful.” The court heard he had previous convictions for assault and vandalism.

Outside court, Mrs Thomas said she felt let down by the length of the sentence, and that the attack has left her unable to eat or sleep properly.