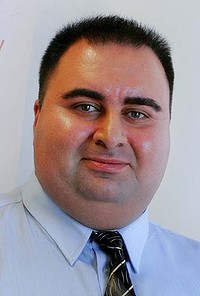 The O’Farrell government has been embarrassed by a Liberal adviser who posted anti-Islamic comments online, including a description of the Prophet Muhammad as ”the first terrorist of Islam”.

Joseph Adams, who worked in the electorate office of the Smithfield Liberal, Andrew Rohan, was sacked on Friday. Mr Adams had angered some of his 1000 Facebook friends – which include 15 state government MPs and four ministers – with selected excerpts from the Koran which he said prove Islam promotes killing, not love.

He was labelled a “bigot” and the ”biggest f—ing racist ever” by shocked friends. A record of his posts between March 24 and June 17, obtained by The Sun-Herald, show the criticism only spurred him on to make more offensive remarks.

“The religious babble you refer to is Islam,” he commented on June 4. “There was no war. It was terrorism. Muhammad was the first terrorist in the name of Islam.” He followed up with: “Why are you getting upset? I’m not the one who is teaching others to kill in the name of Islam. Mohommed is not my hero.” On March 24, he taunted “friend” Faten Dabs with the comment: “If you leave Islam it is HALAL for you to be EXECUTED. Lol. No wonder people are afraid to leave Islam.”

After being branded a bigot on Facebook , he responded: “Your biblical quotes are as ridiculous as your comparisons. I guess you never paid attention at Sunday school. Jesus spoke in parables. Mohommed on the other hand gave orders to kill. You seem to like standing up for killers and murderers. Is Ivan Milat a good person too? Perhaps you think Hitler was a great Prophet too? After all he did put a book together called Mein Kampf. Don’t waste our time here Aaron. The only bigot here is someone with an uninformed view.”

Mr Adams, who identifies himself as an Australian of Assyrian Christian descent, told The Sun-Herald on Friday that he was not ”thinking politically” when he made the remarks.

“Rather than listen to what people say about the Koran I decided I would read it myself,” he said. “It was nothing political, it was out of pure emotion. I didn’t think it would be used against me and people would accuse me of being racist. What I did was a mistake, I did not think it would be used for political purposes. In my mind I was living in a free society where we value free speech. Why should religion be a taboo subject?”

But the Premier, Barry O’Farrell, did not agree. Late on Friday a government spokesman said in a statement: “The comments were totally inappropriate and the staff member has already been terminated.”