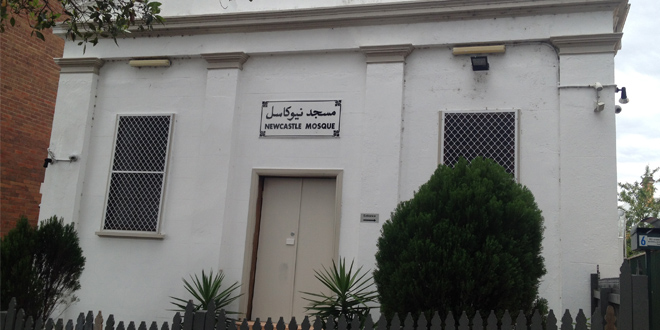 Newcastle’s Muslim community says it is shocked to hear of a worshipper being assaulted in an unprovoked attack outside the city’s mosque overnight.

Police have confirmed they are investigating the incident at Wallsend, just before 10:00pm (AEDT).

A 47-year-old man had been at evening prayers, and was standing near the main gates with two small children, when a four-wheel drive pulled up outside the main gates and a man got out. Police say words were exchanged and the offender tried to punch the victim, and then grabbed his hair, before pushing him.

Diana Rah from the Newcastle Muslim Association said the offender hurled abuse at the man. “Basically things like, ‘leave Australia, go back to where you came from, that they weren’t welcome here’ and so on,” she said. “The man then proceeded to physically attack one of the worshippers.”

The man then got into a car with several other people and drove off. The 47-year-old was not injured, but police were called and interviewed him at the mosque.

Ms Rah says after a successful open day at the mosque recently, she was hoping anti-Muslim sentiment was dying down. “Well it’s very unfortunate and it’s a very sad incident,” she said. “We’d sort of hoped that things had started to die down, and these incidents were starting to become few and far between. Unfortunately this has happened again.”

Police say they have not yet spoken to the attacker but are investigating the incident. Anyone with information is urged to come forward.

Last month, a man was charged with yelling abuse about Islam as a Muslim woman and her mother sat in their car in Newcastle.