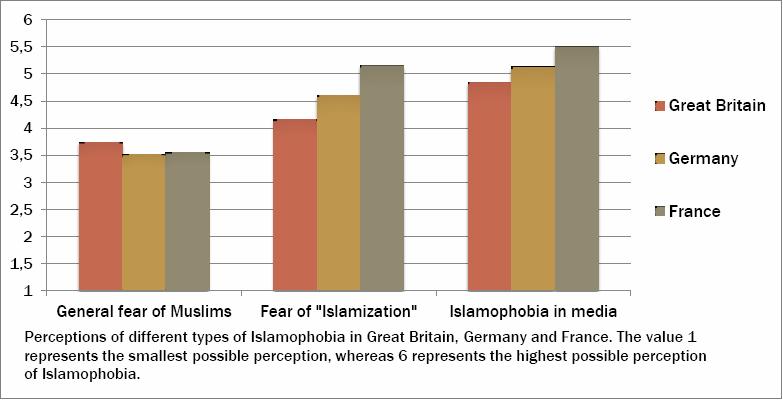 The International Journal of Intercultural Relations has published the results of research by Jonas R. Kunst, David L. Sam and Pål Ulleberg into Muslims’ perceptions of Islamophobia. The article, “Perceived islamophobia: Scale development and validation”, can be consulted here.

A cross-cultural study was conducted in three different European countries (France, Germany and the UK) among four different Muslim minority groups (277 French-Maghrebis, 446 German-Turks, 167 German-Arabs and 454 British-Pakistanis). The aim of the study was to develop an instrument to measure perceptions of Islamophobia and to investigate how these perceptions relate to Muslim minorities’ well-being and the experience of discrimination.

Muslims who experience their living environment as fearful towards Islam reported more stress and psychological problems, irrespective of whether they had been personally discriminated against.

The authors conclude that anti-discrimination laws alone may therefore be insufficient to protect Muslim communities from Islamophobia and that “political and media campaigns scrutinizing and refuting negative clichés about Muslims and Islam might constitute a vital approach to leading people to question or even to discard their negative views and sentiments”.