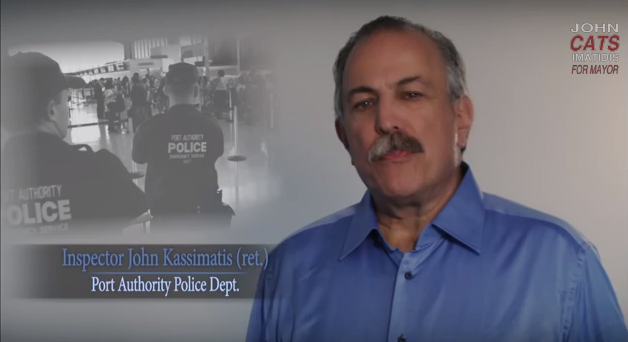 CBS News reports that John Catsimatidis, the Republican candidate in the New York City mayoral election, has now dissociated himself from the views of a retired police officer, John Kassimatis, who featured in one of his TV commercials.

Earlier this week the New York Post revealed that Kassimatis had posted a series of anti-Muslim rants on his Facebook page. One claimed that “All terrorists are Muslims.”  Kassimatis added: “There’s gratitude for you. You bring them here from their 3rd world shithole give them refuse [sic] and education and then they kill us. Wake Up America.” When some of his Facebook friends disagreed, he retorted: “So stop telling me about peaceful ones and kumbaya these animals must be put down.”

Contacted by the Post, Kassimatis claimed that he’s no racist, it’s just that he never met a good Muslim. “If they can’t convert you, they have to eliminate you,’’ he told the paper. “I’m no religious fanatic, but Moses never killed anybody. Jesus never killed anybody.’’ Asked if he thought any Muslims are good people, he replied: “I’ve been looking for a good one. If you know of any, please let me know. I’d love to meet them.’’

Catsimatidis’s campaign initially insisted that Kassimatis was referring only to Muslims involved in the Boston Marathon bombing.