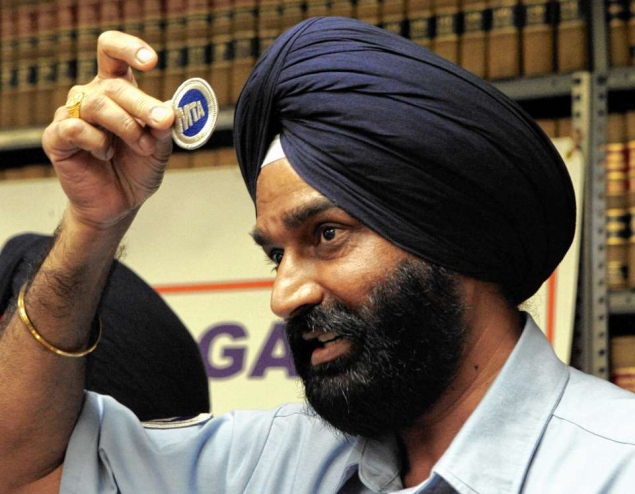 Muslim and Sikh transit workers will be allowed to wear religious head coverings while on the job under a settlement with the Metropolitan Transportation Authority announced on Wednesday. The agreement ended a winding legal case propelled by the Sept. 11 attacks.

The authority faced a series of lawsuits, including one from the United States Justice Department, in the years that followed the attack; the suits claimed that the authority was selectively enforcing policies on head coverings worn by Muslim and Sikh employees and that it had transferred workers to nonpublic positions if they refused to remove the coverings or attach the authority’s logos to them.

Under the new policy, any religious headgear will be permitted as long as it is blue, the color of the authority’s logo, said Adam Lisberg, the authority’s chief spokesman.

In a statement, the Justice Department said the authority would pay a total of $184,500 to eight current or former employees who had been “denied religious accommodations” under the old policy.

Amardeep Singh, the programs director of the Sikh Coalition, which filed two of the lawsuits in conjunction with the Center for Constitutional Rights, said the resolution closed a “disturbing chapter” in the Sikh community’s history in the city. “There was a feeling in the community that Sikhs and Muslims have been collectively punished in some way for the events of 9/11,” Mr. Singh said.