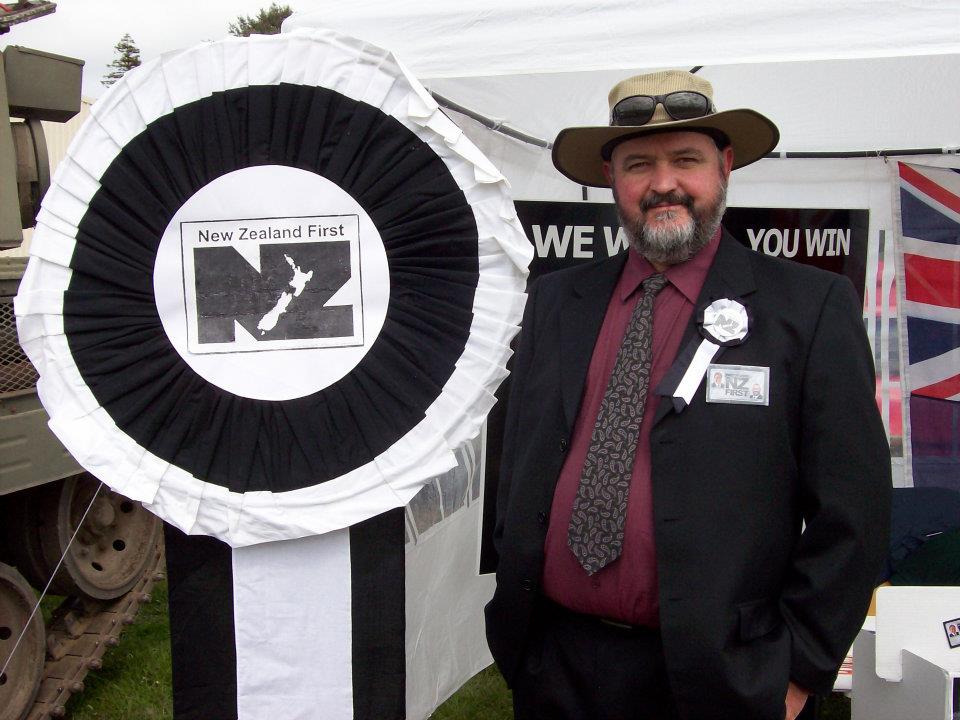 New Zealand First MP Richard Prosser has spoken out in defence of his “Wogistan” rant which has been slammed as racist by Muslim leaders and politicians.

In a column for Investigate Magazine, the Waimakariri list MP suggested young Muslims shouldn’t be allowed to travel on Western airlines because “most terrorists are Muslims”.

“If you are a young male, aged between say about 19 and about 35, and you’re a Muslim, or you look like a Muslim, or you come from a Muslim country, then you are not welcome to travel on any of the West’s airlines,” he wrote.

Prime Minister John Key was “appalled” by the comments, while the New Zealand Muslim Association called them “senseless”.

But in an interview with Newstalk ZB’s political editor Barry Soper, Mr Prosser stood by his controversial stance.

He denied that the use of “Wogistan” was racist, citing mentions of it being a “mythical place”, which could even have been “a real place”.

Here is the relevant section of Prosser’s article:

Today, whilst it can most certainly be said that not all Muslims are terrorists, it is it equally undeniable that most terrorists are Muslims. The 9/11 hijackers were Muslims. The London tube bombers were Muslims. The Taliban are Muslims. So are al-Qa’ida. There is a pattern here, I promise you. These are angry young Muslim men who hate the West and want to destroy it. They attack us, and our institutions and infrastructures, and our way of life, and our values and beliefs and precepts, because we are not like them, and for no other reason.

They use our freedoms against us, and that is their advantage, and our undoing. Well I say enough. I say enough of this pandering to an upstart minority, I say enough of this cowardly, ineffective, politically correct reluctance to address the issue where it really lies. I say we should stop hiding behind a facade of misplaced tolerance born of spineless fear, and face the issues of terrorism and security where they need to be faced – head on.

We don’t need to target the young English guy flying home to Manchester after a surfing holiday in Thailand. Yes, he’s almost certainly been smoking drugs on the beach. But he also almost certainly isn’t carrying any back with him, and he absolutely certainly isn’t planning on blowing the plane up with his drink bottle, either. If he was, it is far more likely that his name would be Abdul rather than Adrian.

And I can tell you straight that this writer is never going to blow up any aeroplane that he is sitting in. I’m a family man. When I fly, my partner and our daughters fly with me. That’s the difference, see; I’m not remotely interested in any ridiculous concept involving the promise of an afterlife including the exclusive attentions of some 72 virgins, and the blessing of my imaginary friend in the sky, in return for the slaying of the aforementioned imaginary friend’s enemies – real or equally imagined – here on earth.

The only virgins of any interest to me are my babies, who I will protect until death, so that they may grow up to be the confident, powerful, equal citizens that their Norse and Celtic lineage, and New Zealand’s egalitarian laws, have destined them to be. I will not stand by while their rights and freedoms, and those of other New Zealanders and Westerners, are denigrated by a sorry pack of misogynist troglodytes from Wogistan, threatening our way of life and security of travel in the name of their stone-age religion, and its barbaric attitudes towards women, democracy, and individual choice.

I say this: In order to ensure safety for passengers, crew, and civilization alike, on the world’s airlines, it is necessary to send a message to those who would threaten that safety, and it is this; if you are a young male, aged between say about 19 and about 35, and you’re a Muslim, or you look like a Muslim, or you come from a Muslim country, then you are not welcome to travel on any of the West’s airlines – not, at least and until, the religion which is Islam has taken it upon itself, and proven that it is able, to prevent the extremists within its fold from behaving in the manner in which they have done, these past dozen years and more. If the belief systems of ancient history are so important to you, and the advances of the decadent West so abhorrent, go ride a camel instead.

I don’t believe that such is an unreasonable demand to make. Others will, of course; plenty of commentators will take umbridge at my suggestion, and not only because I’m an MP. To me this says that the enemy is not merely at the departure gates; but that he – and she – is already within, that excessive tolerance, coupled with the twin evils of diversity and multiculturalism, upheld and promoted by political correctness and other weaknesses of spirit and nationalism, mean that the citadel has already been breached, and that the terrorists have already won.