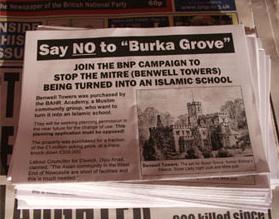 Byker Grove will be transformed into an Islamic school. Council planning chiefs have given the go-ahead to plans to convert Bishop’s Palace – used to film the popular TV series – into a fee-paying faith school.

The BAHR Academy will cater for up to 340 boys and girls between 11 and 16 in Benwell, Newcastle. But the development of the currently empty and run-down site will also include a community building, coffee shop and events space open at weekends.

The plans were approved by Newcastle City Council at a meeting yesterday despite some objections being raised by residents about traffic congestion and noise around the site, which was used to film the children’s TV show which launched Ant and Dec and Donna Air to fame.

BAHR Academy principal Mufti Muhammad Abdulmuheet welcomed the decision, which he said will see a derelict building put back into the community.

“When it was run by the BBC, the site was not open to everyone but we want the public to come along, the community facilities are for everyone to use,” he said. “We want to show that Islam is inclusive and we want to be a part of Benwell and Scotswood. At the moment the building is in a dire state but the community has raised funds to bring it back into use.”

Needless to say, the English Defence League are not happy. 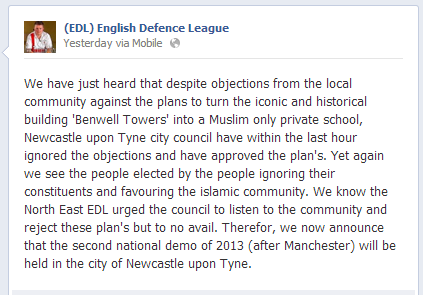