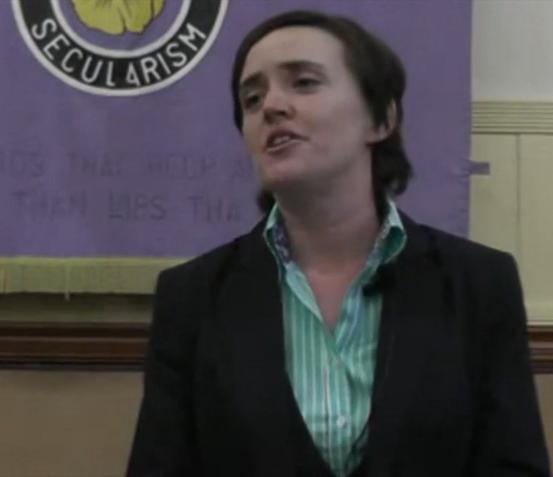 Last week we reported on the frustration of plans by the “counterjihad” publication Dispatch International to organise meetings in Malmö and Copenhagen at which Stephen Lennon and Kevin Carroll were to describe their heroic struggle against “England’s Islamization”.

A fall-back plan to have the English Defence League leaders address a small group of sympathisers, with their speeches broadcast by video link, was thwarted when police impounded Lennon’s passport. Attempts to hire premises for larger public rallies had already collapsed after bookings were cancelled when the purpose of the meetings became clear. Management at the Malmö Konferenscenter/Folkets Hus objected that the EDL was an “extreme right organization” and declared “we will have nothing to do with organizations of this type”.

During this same period Dispatch International‘s difficulties intensified when PayPal asked to examine the content of the publication to see if it contravened their rules against the promotion of racism and xenophobia. DI refused to cooperate, no doubt reasoning that such an examination would indeed reveal that it was in breach of the ban on hate speech, with the result that its PayPal account was withdrawn.

Yet, while DI was being repudiated by mainstream organisations because of its far-right links and ideology, there was one person who had no problem at all cooperating with it. Anne Marie Waters happily wrote an article for the DI website, in which she attacked multiculturalism in hysterical language which was barely distinguishable from that used by other, far-right contributors to DI such as Paul Weston of the now defunct British Freedom Party. Waters wrote:

In the guise of multiculturalism, Britain has encouraged an entirely separate existence for its Muslim citizens. Sharia law now governs large swathes of Muslim life in Britain…. The men who run sharia in the UK openly call for an Islamic British state and unashamedly seek stoning as punishment for adultery or pre-marital sex….

Forced marriages of girls as young as 5, death threats ignored, genital mutilations, and sharia law are being facilitated by the British establishment. Anyone who criticises such practices will, more often than not, be labelled a racist or a fascist, arrested for “causing offence”, or find themselves subjected to violent threats. Welcome to multicultural Britain.

This was no one-off post. Waters followed it up with another article for DI in which she denounced “leftists and liberals” for having “encouraged cultural misogyny” and for remaining “all but silent on violent and brutal misogyny and homophobia from Islamists”. A further comment piece attacked British feminists for “defending Islamic tools of female oppression”. It would appear that Waters plans to become a regular contributor to this EDL-supporting publication.

So the revelation by InTheSoupAgain that Waters has been “exchanging pleasantries with EDL scumbags” on Twitter comes as no surprise. It seems that Waters is moving onto the same ideological ground occupied by the notorious Islamophobe and EDL defender Pat Condell, who specialises in video rants against “immigrant rapists”. Indeed, he is one of Waters’ Twitter chums, and she has posted an article on her blog entitled “In defence of Pat Condell”, in which she claims that calling this poisonous bigot a racist is “grossly dishonest, and yet another attempt to silence criticism of anything related to Islam or Islamism”.

Waters, let us remind ourselves, is a council member of the National Secular Society and a regular commentator on the NSS website (see for example her recent incoherent post attacking the niqab). She is official spokesperson for the anti-sharia campaign One Law For All, which has a formal position of condemning the EDL and the other far-right components of the “counterjihad” movement.

Waters has also been putting herself forward for selection as a Labour Party parliamentary candidate. To his credit, Andy Newman of Socialist Unity intervened vigorously to expose her record of anti-Muslim bigotry (see here and here), with the result that Waters’ attempt to become Labour PPC for Brighton Pavilion was thankfully defeated. For his pains Andy was denounced by Spectator blogger Nick Cohen, who accused him of having “put himself on the wrong side of the struggle between religion and women’s rights”.

In light of Waters’ shameful record of cosying up to extremist Islamophobes, perhaps Cohen might like to apologise to Andy Newman? Perhaps, too, the National Secular Society and One Law For All might wish to dissociate themselves from the obnoxious Waters? Don’t, as they say, hold your breath.