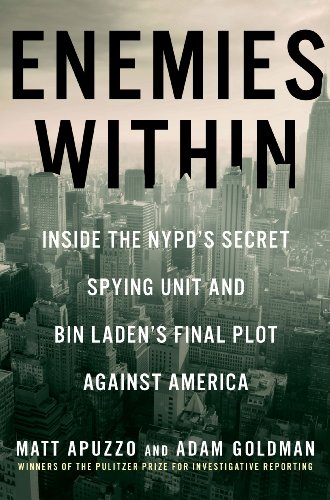 The New York Police Department has secretly labeled entire mosques as terrorism organizations, a designation that allows police to use informants to record sermons and spy on imams, often without specific evidence of criminal wrongdoing.

Designating an entire mosque as a terrorism enterprise means that anyone who attends prayer services there is a potential subject of an investigation and fair game for surveillance.

Since the 9/11 attacks, the NYPD has opened at least a dozen “terrorism enterprise investigations” into mosques, according to interviews and confidential police documents. The TEI, as it is known, is a police tool intended to help investigate terrorist cells and the like.

Many TEIs stretch for years, allowing surveillance to continue even though the NYPD has never criminally charged a mosque or Islamic organization with operating as a terrorism enterprise.

The documents show in detail how, in its hunt for terrorists, the NYPD investigated countless innocent New York Muslims and put information about them in secret police files. As a tactic, opening an enterprise investigation on a mosque is so potentially invasive that while the NYPD conducted at least a dozen, the FBI never did one, according to interviews with federal law enforcement officials.

The strategy has allowed the NYPD to send undercover officers into mosques and attempt to plant informants on the boards of mosques and at least one prominent Arab-American group in Brooklyn, whose executive director has worked with city officials, including Bill de Blasio, a front-runner for mayor.

The revelations about the NYPD’s massive spying operations are in documents recently obtained by The Associated Press and part of a new book, “Enemies Within: Inside the NYPD’s Secret Spying Unit and bin Laden’s Final Plot Against America.” The book by AP reporters Matt Apuzzo and Adam Goldman is based on hundreds of previously unpublished police files and interviews with current and former NYPD, CIA and FBI officials.