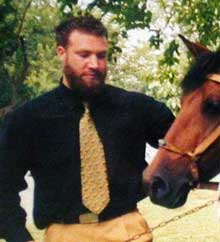 Richard Bernstein examines the case of Guantánamo detainee Murat Kurnaz, a 19-year-old Muslim from Germany, who was arrested in Pakistan in 2001 and handed over to US forces to face imprisonment and torture.

No doubt this is the sort of person General Richard Myers had in mind when he claimed that Guantánamo detainees would “slit our children’s throats” if they were freed. See here.