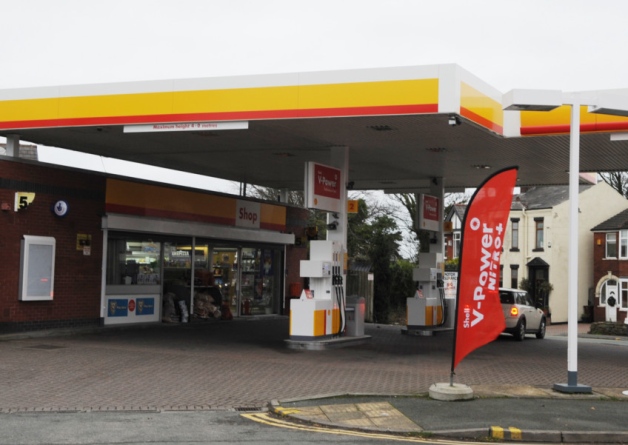 Wigan garage staff have been subjected to a social media hate campaign after being wrongly accused of turning away a customer for wearing a Help for Heroes top.

The Muslim boss of the Boars Head Service Station in Standish today emphatically denied the claim, saying they refused to serve the young customer only because he was unable to provide proof-of-age ID when trying to buy cigarettes.

And police have since supported his version of events saying there is no evidence from film footage of discrimination.

But the allegation about the Help for Heroes top, which was apparently made first on Facebook by the young man’s mother, has led to a torrent of abuse for the owner and his staff. One diatribe accused the staff of being “Taliban supporters” and several called for folk to boycott the business.

The owner, who does not wish to be identified for fear of reprisals, reported the social media comments to the police who have reviewed CCTV footage of the shop encounter.

The young customer went into the garage, which stands at the corner of Wigan Road and Chorley Road, at around 9.50pm last Wednesday evening but was turned away. A short time later a woman put on Facebook that her son had been refused custom because the people serving behind the counter had taken offence at his top which was publicising the charity which raises money for injured soldiers.

One man, who described himself as an ex-soldier, posted he would have taken matters into his own hands if there wasn’t a danger of his getting caught. But he called on people to avoid the filling station, claiming it supported the Taliban and making reference to the outlawed movement’s recent massacre of schoolchildren in Peshawar, Pakistan.

Other folk on Facebook also called for customers to shun the garage.

But the distressed owner, who says it was one of his cashiers who served the young man, today said: “We asked for ID because he was buying cigarettes, there was no issue with the shirt. We support a lot of charities. I have run this place for nine or 10 years and never had any problems. Everyone around here knows us.

“I’m going to take action because a lot of what has been posted has been racist, in my opinion, and I have informed the police. It was nothing to do with the shirt – my cashier followed the rules and now it has gone on Facebook and become a big issue. It’s absolutely not right this, it has been made up.”

Speaking from the garage after viewing the video, a police officer told the Evening Post: “I can see nothing to suggest that the customer was the victim of discrimination in the way described on social media.

“The cashier is behind the counter cashing up with his head down when the young man enters. He is wearing a hooded top which has logos and writing on the back but only a very small logo on the front – nothing like the usual Help for Heroes top. He asks a question and the cashier looks up and shakes his head and the customer leaves.

“There is nothing aggressive going on, the encounter is over in a matter of seconds and the cashier only looks up at the very last minute. The customer is also of an age where one would request ID to confirm he is 18 or over to buy cigarettes.

“I have no concerns about anything that transpired in the shop. The Help for Heroes allegation is unfounded as far as we are concerned.”