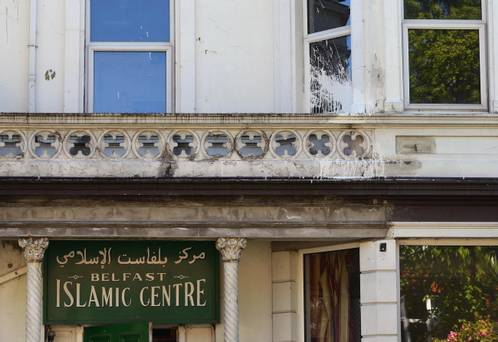 The Belfast Islamic Centre has had paint thrown over it. The police said they were treating the incident at Wellington Park as a hate crime.

Two teenage boys were seen running away from the centre after throwing a bottle of paint at it.

Belfast Islamic Centre is the largest institution of the Muslim community in Northern Ireland and acts as both a place of worship and a community centre.