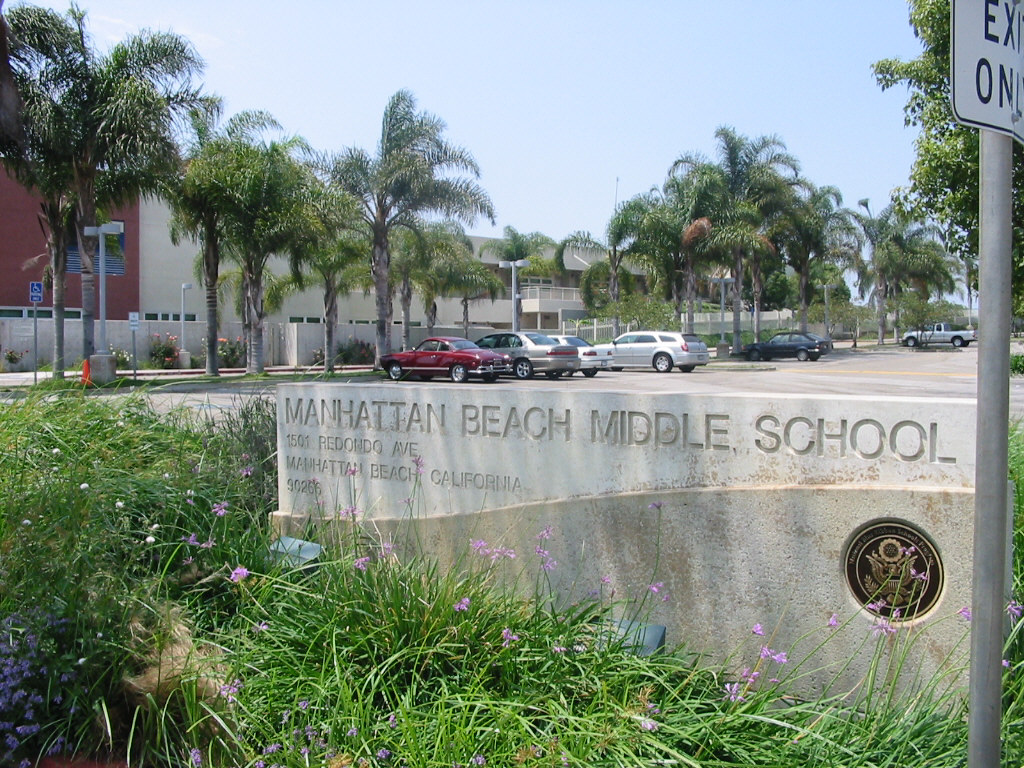 Despite brewing discontent over lessons related to Islam at Manhattan Beach Middle School and claims of indoctrination, the school district insists its curriculum follows state teaching standards that require students to learn about the major world religions.

Middle-school parents and others spoke out before the Manhattan Beach Unified School District board again this week, urging it to pull a middle-school social science textbook on medieval and early history and immediately discontinue any teaching about Islam.

The issue first arose in October, when Keith Johnson and his wife were approached by their middle-school son, who was concerned about an assignment for his history class.

“‘There is only one God – Allah.’ ‘People should submit to Allah.’ These are all phrases one would expect to hear uttered in a mosque, but, unfortunately, that’s not the case here,” Johnson told the school board Wednesday night. “These were all phrases our son was asked to write down in his seventh-grade social-science class.”

Johnson said the teacher and principal told him the lesson was part of learning about the history of the world. But what does presentation of the five pillars of Islam or testimony that Muhammad is the one true god have to do with history?” Johnson said. “The answer is absolutely nothing. It has more to do with religious dogma, which is strictly forbidden from being taught in public schools.”

Federal law does prohibit public schools from teaching religion to students – thus ensuring a separation of church and state – but the U.S. Supreme Court also has made clear that students can be taught about religion, especially its role in the development or progression of certain countries, district officials noted.

“Religion is essential in modern American history,” Superintendent Mike Matthews said. “You can’t teach about the settlement of America without knowing about the pilgrims and the Puritans. You can’t know about Dr. Martin Luther King Jr. without knowing that he was a Christian minister. … We have an obligation to let our kids know about the various religions out there so they can better understand the world today.”

More importantly, the school district’s hands are tied by the state Department of Education in terms of what is taught in public schools, district officials said. And the district uses state-approved textbooks that are aligned with California teaching standards, Matthews said.

“We are completely following the state framework,” he said. “The five pillars of Islam, the Quran, Abraham, Moses, Jesus Christ, quotes from Matthew and Luke are all in the textbook approved by the state.”

According to the district, the California state standards for history require the following lesson: “Students analyze the geographic, political, economic, religious and social structures of the civilizations of Islam in the Middle Ages.”

Matthews noted that middle-school students, from sixth to eighth grades, learn about all of the world’s major religions, including Christianity, Islam, Buddhism and Hinduism.

But Johnson and others argued that the district couldn’t possibly spend an equal amount of time teaching students about every world religion. The Islam curriculum, alone, takes three weeks, Johnson said.

Others maintained that the assignments requiring students to list the five pillars of Islam and phrases by Muhammad stray too far from a history lesson and instead fall into proselytizing to the students.

“Impressionable and growing minds being taught Islamic dogma before the history of this great country is absurd,” one man said. “Schools are for educating, not indoctrinating impressionable young minds with a religious ideology.”

Despite calls from the public Wednesday to pull the textbook and any lessons related to Islam, the district remained firm that it had done nothing wrong, and the textbook and teaching would not be changed. Matthews assured the public that all of the homework assignments had been reviewed by district officials and the principal, who confirmed they are in line with state standards.

“As for us banning a certain part of our curriculum because people disagree with it, I’m not going to go along with that,” Matthews said. “Go forth and give your opinion to the state Department of Education. They send out the framework for review by the public. Anyone can give opinions on what should and should not be included.”

School board President Bill Fournell said aside from the fact that the district has its hands tied by state requirements, he personally feels the district should be teaching about the foundations of the major world religions.

“They underlie what goes on in regard to politics and the history of the world,” he said. “To understand history, you have to understand the different motivations for people at the different times in history. If we are going to educate our kids to become critical thinkers and good citizens, they have to have some background on these subjects.”

Fournell said if the district discovered any teacher was proselytizing any religion, it would be addressed immediately. “If a teacher was to talk about whether one religion is better than another or encourage kids to believe a certain way, that would clearly be a problem,” he said.

Fournell also advised that if a parent has concern with something found in a textbook or the state-approved curriculum, they should take it up with their local state Assembly representative or the Department of Education. The department is working on updating the state standards for history, he said, and invites public feedback.