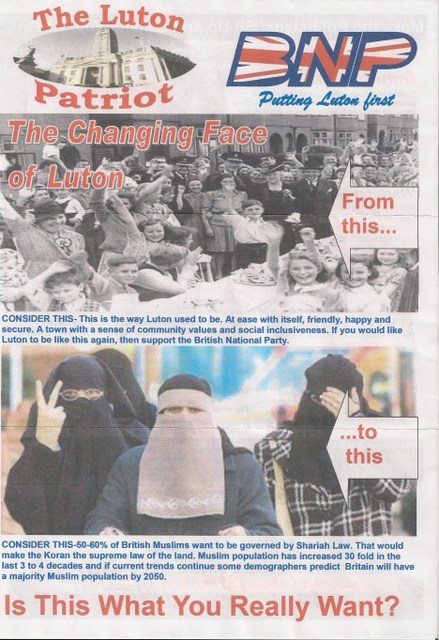 A Luton peace protestor has called for a ban on British National Party propaganda being posted through residents’ doors.

Peter Wakeham, from Luton for Peace with Justice, has called for BNP campaign material to be stopped after leaflets were put through the door of his Bushmead home by the postman on Monday.

Mr Wakeham said: “One leaflet is pure racial hatred against Muslim people and I’m sure contravenes the current anti-hatred laws. I wish to take this matter further to find out if indeed the police consider this kind of material racial hatred and that the local BNP can be prosecuted. I’m not a Muslim, but I find the attached leaflet revolting and offensive.”

He said: “Not that many years ago this kind of filth would not have been allowed to be posted to people’s homes.”