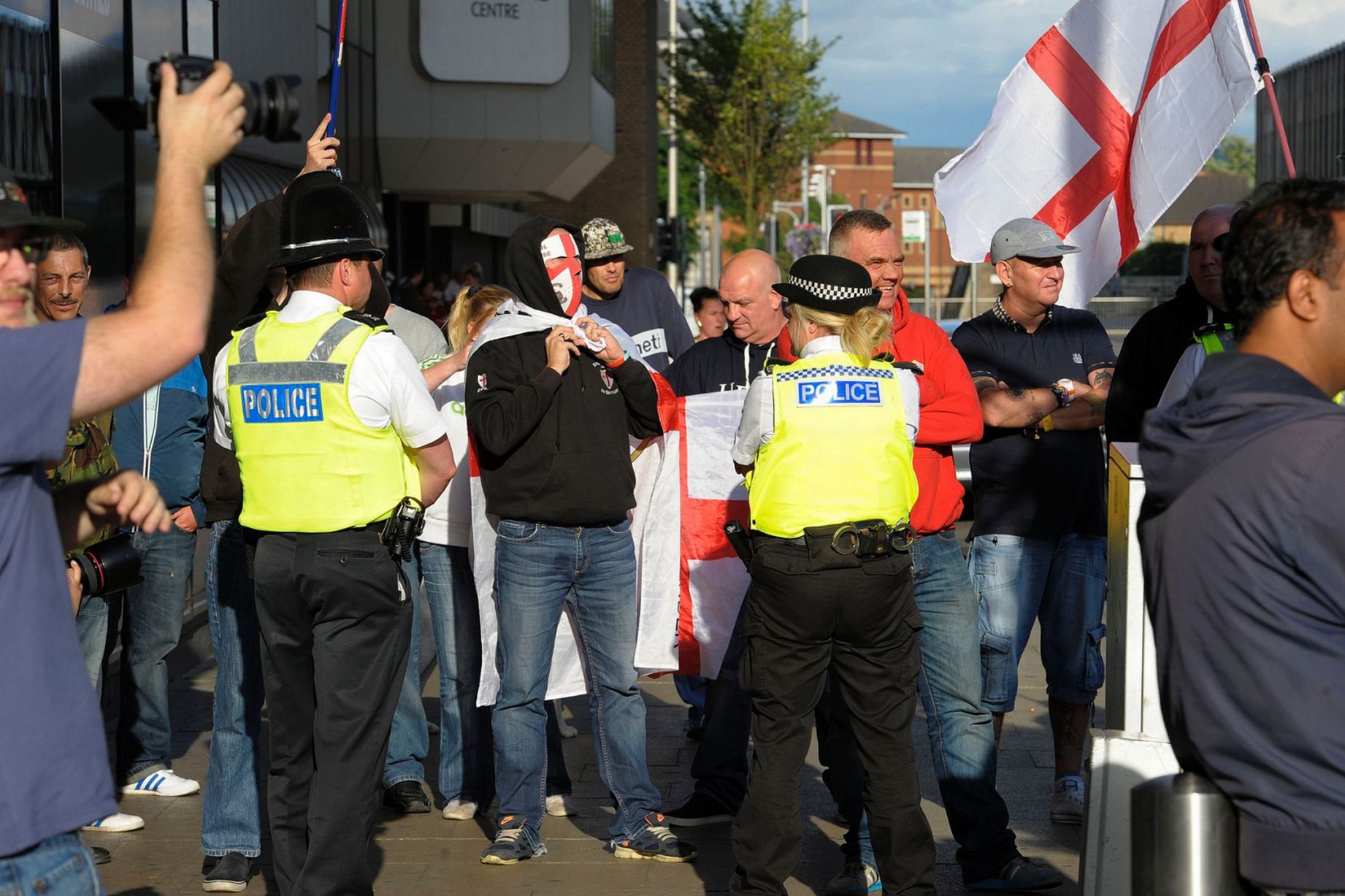 A peaceful vigil became a noisy protest when EDL members arrived to “disrupt” it in Middlesbrough.

Members of Teesside Palestine Solidarity Campaign have been holding a vigil every Wednesday evening since mid-July for the Gaza crisis. They meet every week from 5pm to 7pm outside McDonald’s in the town centre.

About 15 members of the English Defence League waving an England flag and an Israel flag turned up towards the last half hour of the demonstration, which involved around 100 people.

A makeshift prison was set up under The Bells sculpture on the corner of Linthorpe Road as part of the demonstration. Children, men and women sat inside on the floor with tape across their mouths and wearing blindfolds. Other protestors stood alongside them holding up Palestine flags and placards.

Kiran Hussain, 27, a civil servant from Linthorpe in Middlesbrough, played one of the prisoners. She said: “Basically we are coming here every week for them to stop what’s happening. Innocent children are dying so we’re raising awareness.”

John Bloom, 49, from Hartlepool and a bookshop owner in Middlesbrough, is one of the organisers of the weekly vigil. He said: “It’s important we stand with people and make others aware of the suffering and the situation.” Saeed Ahmed, 50, from Ayresome in Middlesbrough, said: “We want our Prime Minister David Cameron to do something about it.”

A spokesman for the EDL said they were attending the demonstration to “disrupt” it and show solidarity with Israel. Police watched on during the protest and only intervened once EDL members marched towards the vigil. Nine police officers and police community support officers formed a wall between the two groups and stopped members of either side coming into close contact.

Both groups dispersed peacefully once the demonstration had finished. 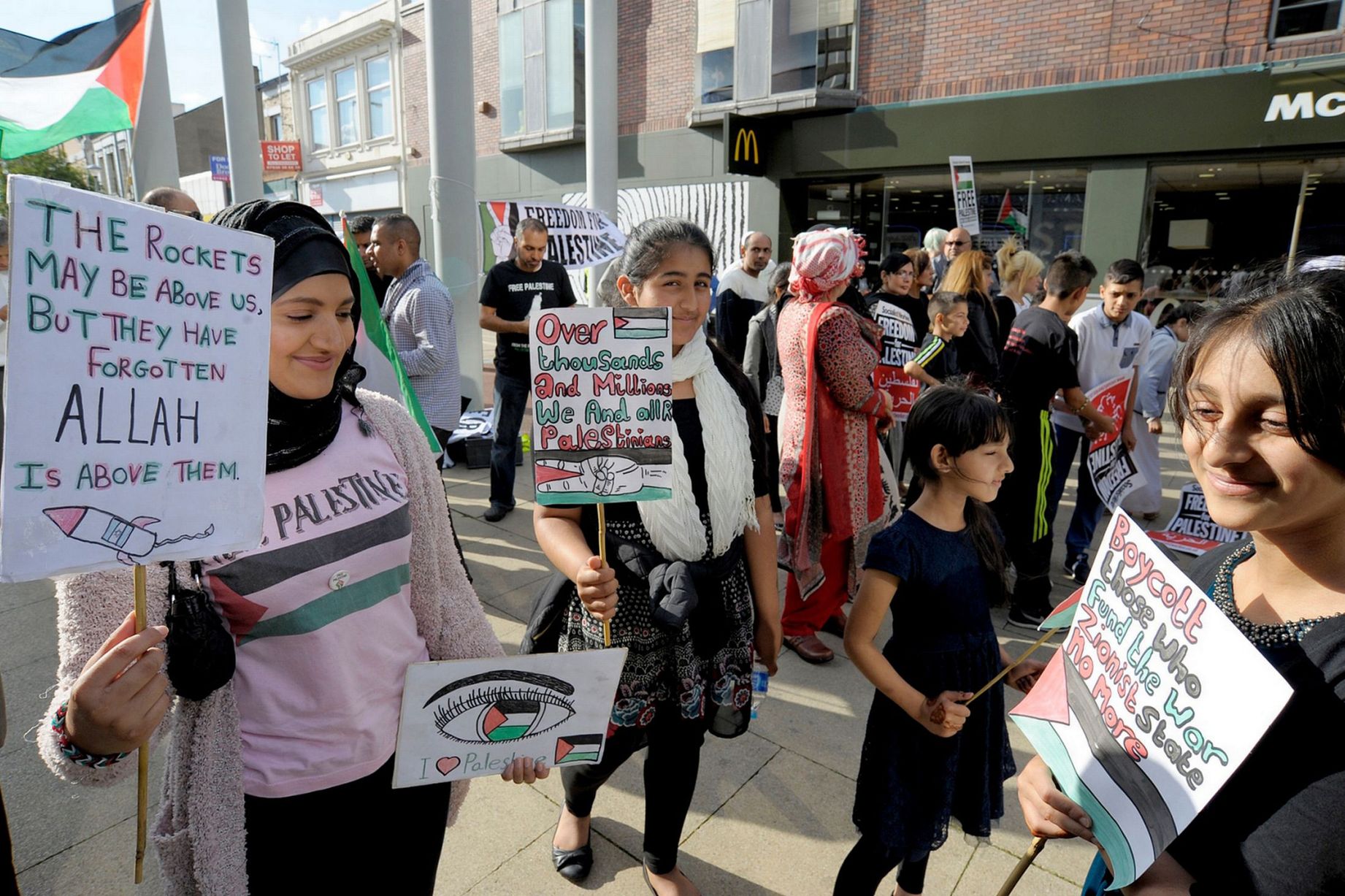