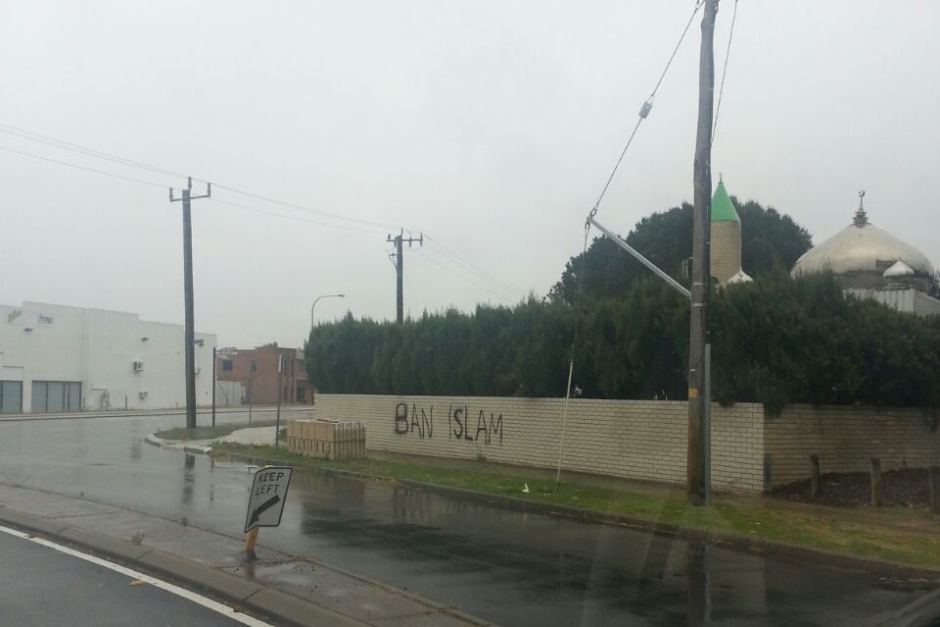 Two Perth mosques and an Islamic education centre have been vandalised in weekend attacks. Slogans including “ban Islam” and using profanities were spray painted on the walls of an Islamic school and mosque, and beer bottles were thrown at another mosque.

Muslim sheikh Burhaan Mehtar said these sorts of religious attacks were becoming more common. “Perhaps it’s better to ignore this minority group that are terrorising Australian Muslims, but there is a limit to what people can actually digest and they do become fearful at what happened,” he said.

“These type of things breed fear in the hearts of the innocent ladies and children, especially who want to perhaps ride around the worship centre or come by bike to the mosque. You do feel a bit stressed, anything can happen.”

He said the wider Australian Muslim community was very tolerant, but many were becoming sad and fearful over the perceived rise in anti-Islamic sentiment.

Police said they were investigating the graffiti attacks, but there had been no recent increase in racially-motivated crime. “Western Australia is a tolerant and inclusive state, and people should respect the diversity in our community,” a spokeswoman said.

The graffiti came days after a peaceful anti-Islamophobia rally in the Perth CBD was interrupted by a group of anti-Muslim protestors. Many of the counter-protestors were issued move on notices by police for inciting violence.

Mr Mehtar encouraged the wider public to attend a national mosque open day this Saturday, to help answer any questions they may have about the religion. The Southern River Islamic mosque will be open to the public, with activities including a BBQ, guided tours, question and answer sessions and scarf dying.

“It is a time to come and have a barbecue with us, have a tour and ask us any questions you wish to ask. If there is something troubling you or on your mind and you feel that Muslims are such and such, come and ask, come and meet us. We hope that it’s going to be one of the ways of creating harmony and a balance in society.” 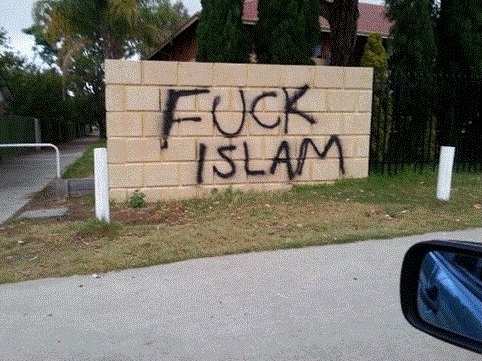