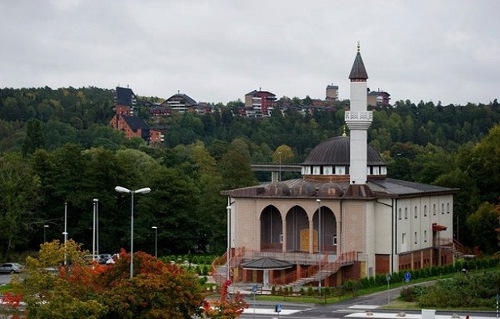 Police suspect vandalism after pig’s trotters were thrown into a mosque near Stockholm after the windows of the building’s main door were smashed in on Monday morning.

“Shortly before 11am we received a call from the mosque” in Fittja, police official Ulf Lindgren told AFP. “The person had just arrived and found pig’s trotters inside.” In Islam, pork meat is considered impure. “We have classified this as an act of vandalism,” Lindgren said. “But insofar as it is pig’s trotters, it could be something else.”

Police are looking for witnesses in the area and have no suspects so far. “In Sweden, pig’s trotters are a traditional dish around Christmas time. You can buy them easily,” Lindgren said.

The mosque was the focus of attention in the spring as it hosted the first public call to prayer from a mosque in Sweden.

The prayer call, on the last Friday in April, came following a decision earlier in the month by local police who ruled that it wouldn’t violate local noise ordinances. The ruling allowed the prayer call for between three to five minutes on Fridays between midday and 1pm.

Back in September, local government officials had approved the move in principle, voting in favour of scrapping a 1994 prohibition on allowing prayer calls, which dated back from before the construction of the mosque.

The mosque was built in 2007 in the municipality’s Fittja district and has over 1,500 members.