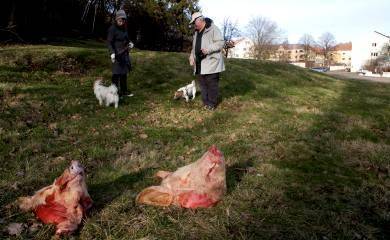 Göteborgs-Posten reports that severed pig’s heads were left in Ramberget at a site where the construction of a new mosque is planned. Bachar Ghanoum of the Swedish Muslim Foundation is quoted as saying that the anti-Muslim climate has grown worse and people now openly express bigoted views that they previously kept to themselves. He says that he regularly receives hostile letters and phone calls.