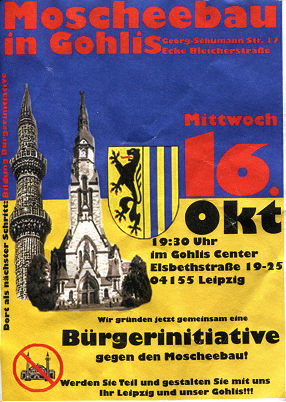 When the call came into the Leipzig fire department late Thursday, it sounded routine: A small refuse fire in a dumpster.

But the location was a bit odd, on the site of what is planned as the first mosque to be built in the former East Germany since the fall of the Berlin Wall.

And, when firefighters arrived, there was a small trash fire, but the situation next to that was anything but routine: Five severed pig heads, on stakes and driven into the future mosque’s ground, above a trough of what appeared to be pig blood.

Pig heads as racist protest are not exactly new in the region, though the targets are more commonly Jewish. Earlier this month in Ukraine, one was left at the construction site of a planned synagogue.

In 2008 in Germany, a pig’s head was placed at a Jewish cemetery, along with a banner stating “Six million lie,” a reference to the neo-Nazi belief that the rest of the world overstates the extent of the Nazi Holocaust, in which six million Jews were murdered.

Pigs as anti-Semitic statements go back much further, and have been known in the region since the Middle Ages. North of Leipzig, in Wittenberg, Germany, or what is now called Lutherstadt, a church down the street from the place where Martin Luther nailed his 95 theses and sparked the Protestant Reformation, has an exterior sculpture depicting a rabbi looking under a sow, as what are said to be Jewish children suckle

The sculpture, which is commonly tied to Luther’s anti-Semitic writings, was part of a tradition of using the pig as way to insult Jews.

In Leipzig, the target was Muslims (both religions have dietary laws against eating pork).

The mosque has continued to be seen as controversial, even beyond the extreme-right.

The mosque, which is being built by the Ahmadiyya community, is situated in the Gohlis area of north-west Leipzig. As soon as the plan was given the go-ahead, a campaign against the mosque was launched (see poster, above), which goes under the name Bürgerinitiative Gohlis sagt Nein (Gohlis citizens’ initiative says no).

It has far-right support but also enjoys the backing of the local CDU member of parliament, Wolf-Dietrich Rost. He issued a press release in which he accused the Ahmadiyya community of adopting an “aggressively missionary” approach and expressed concern that the mosque would be situated near an elementary school.

The Leipziger Internet-Zeitung reports that a supporter of the anti-mosque campaign posted the following comment on the Bürgerinitiative Gohlis sagt Nein Facebook page on 9 November: “Let’s slaughter a pig where the monkeys want to build their mosque!! Problem solved!!!” Others added comments expressing approval and support. 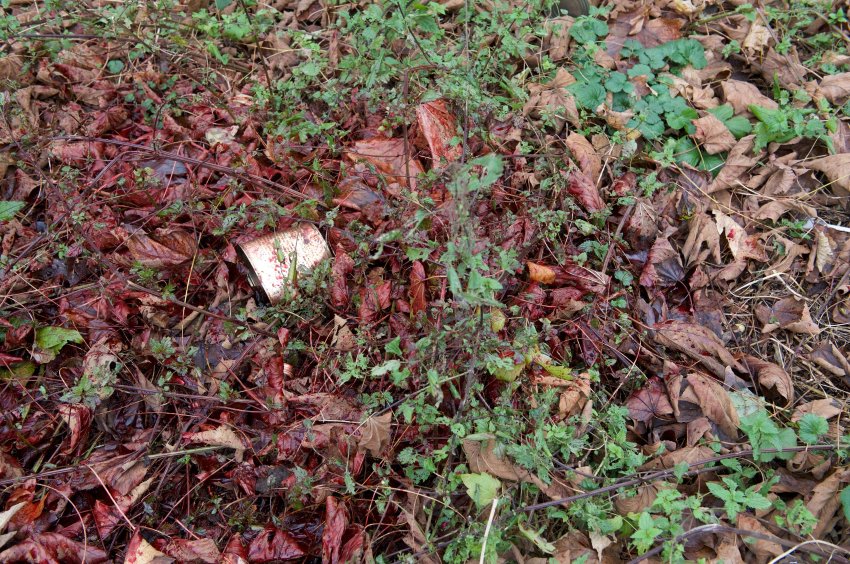