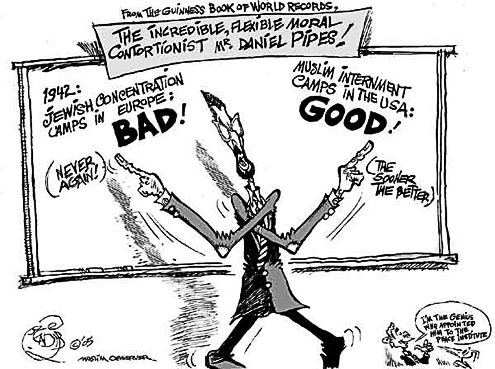 “That the Revisionist-Zionist extremist Daniel Pipes has fond visions of rounding up Muslim Americans and putting them in concentration camps isn’t a big surprise. That a mainstream American newspaper would publish this David-Dukeian evil is. Of course, this is also a man that President Bush appointed to a temporary vacancy at the United States Institute of Peace, after the Senate understandably balked at a regular appointment for him.”