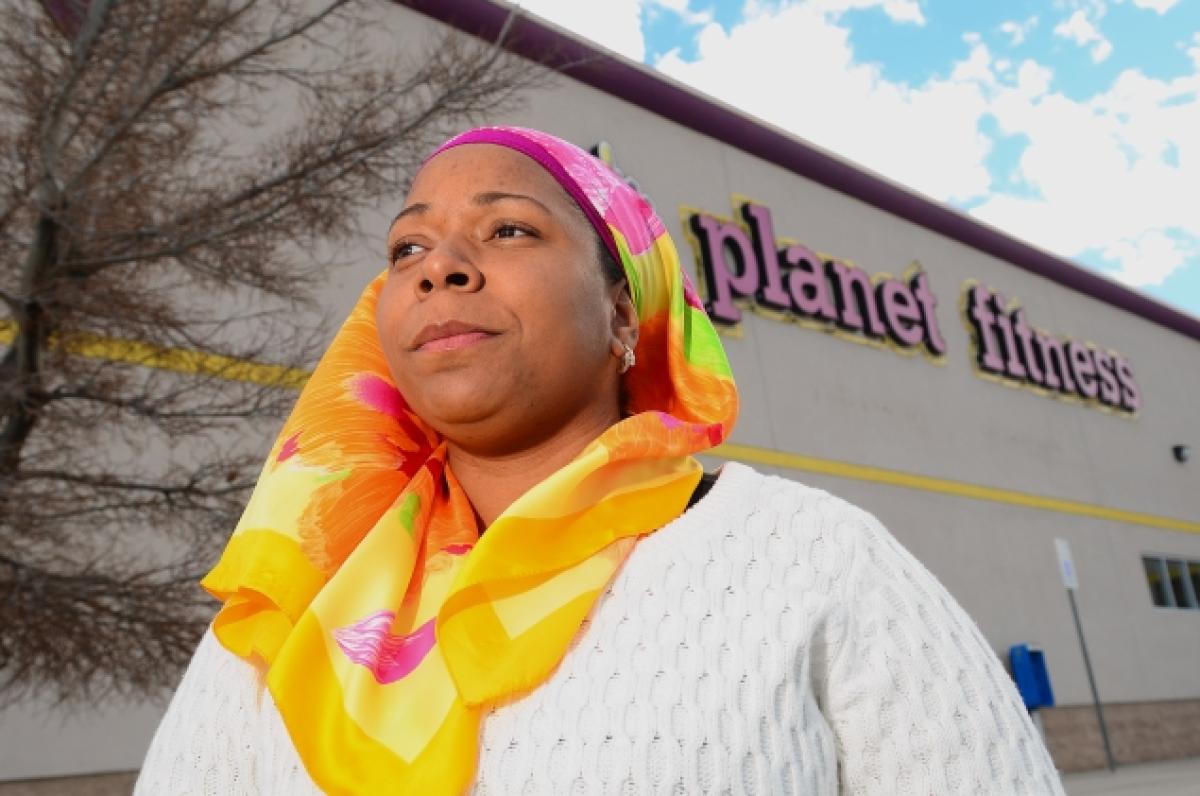 The national budget-friendly gym chain promises members an atmosphere free of “gymtimidation.” But Tarainia McDaniel, a Muslim woman, says a gym in Albuquerque booted her out because she was wearing a head scarf. The woman reportedly told staff at the gym that the head scarf was an essential part of her Muslim faith. In return, she was told to go find a baseball cap.

McDaniel is actually a Muslim convert. Growing up, her parents were Roman Catholic and Jehovah’s Witness, the ABQ Journal reports. The woman began practicing Islam when she was a 16-year-old student at Sidwell Friends School in the Washington, D.C. area. Islam is now a big part of her identity. In fact, she’s raising her two kids as Muslims.

The 37-year-old woman didn’t expect any problems when she joined the gym on a two-year contract. McDaniel says she’s gone to another Planet Fitness in her area a number of times with her colorful head scarf on and never had a problem.

But on Oct. 3, 2011, staff members at the Irving Boulevard location tried to turn her away. She was told that the informal head covering she was wearing didn’t meet the gym’s dress code. McDaniel said she informed staff about her religious requirements and offered to come back wearing a more formal head covering known as the hijab. The gym reportedly denied her requests.

McDaniel’s civil lawsuit, filed under the New Mexico Human Rights Act and the Unfair Practices Act, alleges that Planet Fitness illegally based the decision to deny her access upon her religion, or alternatively upon her race — she is African-American — and that the gym had no legitimate reason to deny her entry.

In a statement, the company said gyms take into account members’ religious affiliations. “At Planet Fitness, our policy is, and has always been, that members are allowed to wear head scarves for religious reasons in our clubs,” the company said. “My client’s position is that they didn’t know the head covering was for religious purposes,” Anderson said.

Anderson said she could not comment further on pending litigation.

During a deposition for the case, Anderson asked McDaniel if she told the gym that she was Muslim. McDaniel replied, “I sure did.”

Her case is scheduled for August.

Planet Fitness has drawn criticism this week for asking a woman was asked to cover up while working out at a Planet Fitness in Richmond, Calif., because her body was too intimidating to others at the gym.

A Planet Fitness spokesperson told the station that the company “strives to make everyone feel comfortable” and says the dress code is at the discretion of the staff and manager.