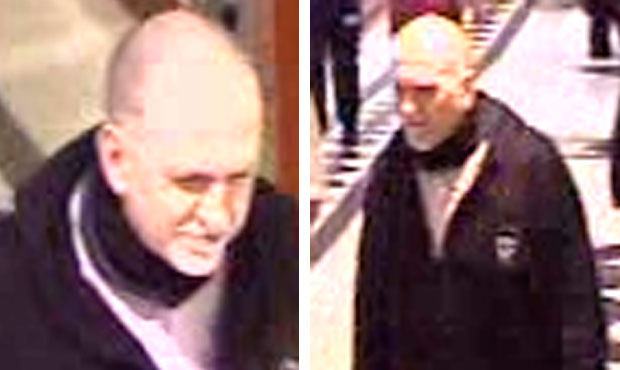 A racist thug who abused and attacked a passer-by in a shopping precinct is being hunted by police.

The man, who was wearing a T-shirt promoting the English Defence League, targeted a 31-year-old Asian man as he walked through the Wheatsheaf Centre in Rochdale town centre. Images from CCTV cameras have been released by police in a bid to identify him.

The thug began to racially abuse the man as he walked past then grabbed hold of his shirt collar and pressed a ballpoint pen to the side of his face. Police said the victim could also feel a sharp item being pressed to his back. He struggled free but the abuse continued until security guards intervened.

The thug then escaped. He is white, in his late 40s to early 50s, around 6ft tall and skinny. He was wearing a T shirt labelled “EDL Stockport”.

Sgt Colin Macdiarmid said: “The abuse this victim suffered can only be described as vitriolic and appalling. Thankfully he was not hurt though the behaviour of the offender led him to fear for his safety. Racist thugs are not welcome anywhere in Greater Manchester.”