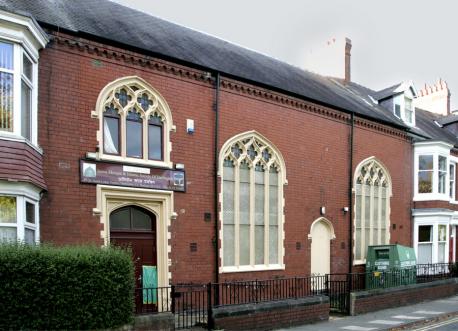 Police have launched an investigation after a man pushed a lit firework through the door of a mosque. The Jamia Mosque, on North Lodge Terrace, in Darlington, suffered minimal damage in the incident but officers say they are taking the matter seriously and cannot rule out a religious or racial motive.

CCTV from the scene shows two hooded adult males arrive at the mosque before one pushes a lit firework through the letterbox into the entrance vestibule.

Imam Syad Savir Ahmed said the incident was very rare for the mosque, but that it had not stopped worshippers arriving for daily prayers on Saturday.

Police and the fire service were called at 10.05pm on Friday (October 19) after Mr Ahmed received a call from a concerned friend who had heard reports from people living nearby that smoke could be seen billowing through the door.

The firework had scorched the carpet and created a large amount of smoke, which was cleared by firefighters, but caused no lasting damage.

Officers from Darlington Police carried out door to door enquiries and are examining CCTV from the mosque and nearby shops in an attempt to determine who was behind the attack.

Mr Ahmed said the mosque does not normally experience any trouble.

“We have a camera on the wall and we can see two hooded people,” he said. “There were two people – one stood on the pavement and the other one came in front of the door and threw the firework through the letterbox.

“We were not able to see who they were but they were not children, they were adults in their twenties at least.

“We actually have a security device on the door to stop this sort of thing, but unfortunately it was not secured at the time, so the firework got through. The police have told us they are taking it seriously because what happened was not normal for us.”

Anyone who may have witnessed the incident or has any information is asked to call Darlington Police on the non-emergency 101 number and ask for Inspector Nadim Khaliq.

As ENGAGE points out, this is not the first time the Jamia Mosque has been targeted. In May last year 30 members of the English Defence League held a flash demo outside the mosque during which they chanted racist abuse and intimidated local residents, leading to three arrests.