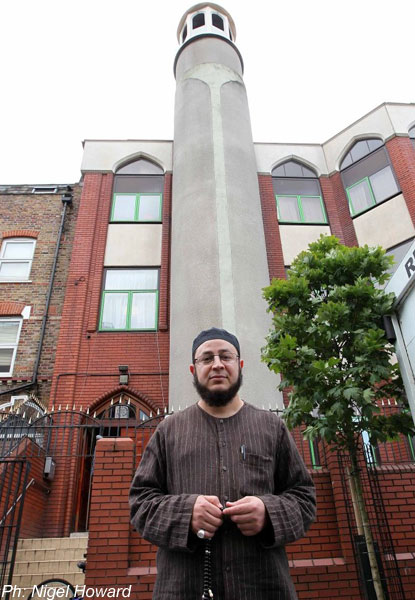 Muslim leaders across London are on high alert after fake anthrax was posted to five mosques by suspected far-Right extremists. Detectives from Scotland Yard’s Counter Terrorism Command are investigating after imams at the mosques received bags of white powder.

One package, sent to the Finsbury Park mosque, also contained “evil drawings” of the Prophet Mohammed similar to cartoons published in Denmark. TheEvening Standard understands up to five other mosques outside London – thought to be Luton and Birmingham – were targeted in the past 10 days.

Scotland Yard is so concerned about the threat to community cohesion that it has sent a warning to more than 200 mosques in the capital. An email from the Association of Muslim Police warns staff to avoid touching any mail they deem suspicious.

It says: “The inquiry relates to suspicious but non-hazardous packages sent to mosques. Inquires are ongoing and no arrests have been made at this stage. We recognise the distress and disruption caused by such incidents and will continue to investigate them, and any others which come to light, robustly.

“Anyone receiving an item they think is suspicious should treat it seriously and follow the following advice: Call 999; 1. Do not touch or handle it any further; 2. Remain calm; 3. Move everyone away to a safe distance; 4. Safely communicate instructions to staff and public; 5. Ensure that whoever found the item or witnessed the incident remains on hand to brief the police.”

Detectives are studying hours of CCTV footage as many of the packages did not have stamps and are thought to have been hand-delivered to the mosques. Some of the mosques were evacuated while specialist officers in protective suits checked the suspect material. When a package arrived at the Finsbury Park mosque last Thursday, police closed the building and surrounding roads for four hours.

Ahmed Saad, the imam at the mosque, told the Evening Standard: “Our security guard was in the office when I opened the letter and he called the police right away. He told me to wash my hands and face just in case the powder was dangerous. The police arrived with ambulances and evacuated the building. It could have been anything in the envelope, my first thought was that it could be anthrax, or it could be some kind of [other] poison. It was very frightening. Something like this should not happen, we live in a multi-cultural society.”

Mohammed Kozbar, the manager of the mosque, said: “We often get a lot of malicious communications but this is worse than anything that happened before. The envelope also had nasty, devil, evil drawings of the Prophet Mohammed and Muslim women in hijab clothing. It is very bad – we have worked hard to change the culture of the mosque since the case of Abu Hamza [the extremist former imam]. These racists won’t succeed and we will carry on with our work.”

Mr Kozbar believes the package was sent by someone with far-Right views.