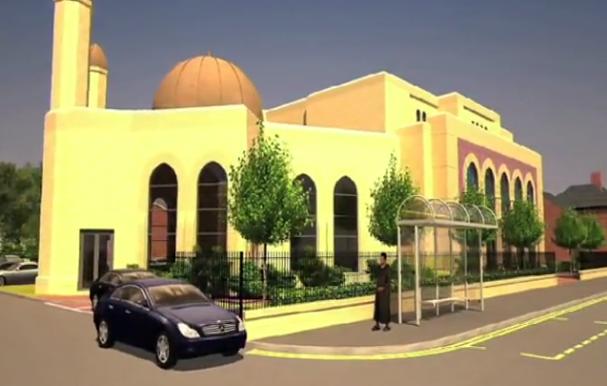 Work is to start on controversial plans to build a multi-million pound mosque in a Preston conservation area.

Trustees at the Masjid-e-Salaam, on Watling Street Road, Fulwood, have also applied for permission to build a temporary mosque for worshippers just yards away. They want to build on land at Sharoe Green Lane, earmarked for a second large mosque, while building work gets underway in the Fulwood conservation area.

The mosque secured planning permission after a four-year battle which saw it accepted and then thrown out, before winning an appeal against the city council’s rejection.

Faisal Mansoor, a trustee of the Preston Muslim Society, confirmed a blessing would take place by the mosque’s imam on the former hotel building on Watling Street Road followed by demolition of the building the following week.

He said: “The work is likely to take the best part of two years to complete. We expect the framework to go up and for the building to be watertight within the first 12 months, and then work can take place on the interior of the building.”

He said the society would ensure work takes place within the constraints set out by the planning permission granted last summer.

As the chronology on the Masjid-e-Salaam website shows, the original planning application for a new mosque was submitted back in November 2006.

This provoked a racist campaign from the British National Party (see here, here and here) led by one Tony Bamber. The application was provisionally approved by the council planning committee in March 2007, with a Tory councillor accusing a Labour colleague of capitulating to the “power of the Muslim vote”, and this decision was followed by several attacks in which the windows of the existing mosque were smashed.

After failure to conclude a Section 6 agreement over that plan, a new proposal was then agreed by the council’s planning committee in 2008 amid Labour allegations of racism against Tory members of the committee who had tried to block the application.

When the final plan for the new mosque was submitted it was rejected at a planning committee meeting in January 2011, ostensibly on the grounds of traffic and parking problems, though the only significant difference with the plan for which permission had been granted in 2008 was that the latter provided for 130 prayer mat spaces while the new proposal incorporated an extra 15.

The committee’s decision was overturned by the Planning Inspectorate in July 2011 and the new mosque finally got the go-ahead.

So the Trustees of the Masjid-e-Salaam deserve congratulations for their perseverance in the face of so much obstruction.