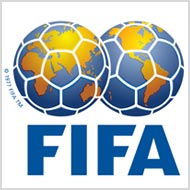 Evidence from FIFA’s medical experts on why the ban on Muslim women footballers wearing the Islamic headscarf or hijab should remain in place was deeply flawed and had no foundation, the campaign’s principal supporter said on Friday.

Prince Ali Bin Al-Hussein of Jordan, whose presentation to soccer’s law-making body IFAB six weeks ago saw the approval of the headscarf pending health and safety checks, said he was “shocked and disturbed” by the evidence presented on Thursday. “If it is true, I would accept it, but I believe it was without foundation,” he told reporters.

The IFAB, or International Football Association Board, comprises FIFA and the four British Home Associations.

Michel D’Hooghe of Belgium, the head of FIFA’s medical committee, said he would only recommend to the extraordinary IFAB meeting on July 5 in Zurich that extra tests should be carried out on the headscarf which is crucial to millions of Muslim women playing the game all over the world.

Prince Ali, the youngest member of FIFA’s executive committee, declined to comment when asked if he faced opposition from the committee’s older, more conservative officials but there was no hiding his anger when he spoke on Friday.

“I was shocked when I heard about Dr D’Hooghe’s press conference on Thursday. We covered all the issues raised including heat coming out of the head, breathable material, the neck issue. I was very disturbed by the comments he made. I am usually not very emotional but this is very important.

“There are women serving in combat zones across the world and many of them are wearing the headscarves so I am disturbed by this being used as an argument. All we are asking is for women to be allowed to play football. This affects many, many Muslim women. I hope this issue is being treated with the same respect and seriousness that other issues are, for example goal-line technology.”

Although IFAB has approved the headscarf, pending further tests in March, the decision will be reviewed in July and FIFA’s quartet on the law-making body can change between meetings. Prince Ali’s fear is that opponents of the hijab could sit on the July meeting and block approval of the headscarf because a law change needs a 6-2 majority from the board.

He accepted that further testing may be needed in the future but added: “I am hoping, at the very least, IFAB will allow a proper evaluation and that these players will be allowed to play in it on the field. If the medical committee and FIFA wants to monitor further, let them do it.

“Muslim women can use it at confederation level but they cannot, for example, use it at the highest level in the women’s World Cup or the Olympic Games. And at any level there have been no reported cases of injuries in Asia and Africa, or anywhere in the world.”

Prince Ali said independent institutes and designers from Netherlands and Canada had presented evidence to D’Hooghe and FIFA’s chief medical officer Jiri Dvorak but when the designers were told what happened on Thursday they were equally shocked. “They asked us what on earth he (D’Hooghe) was talking about,” he said.

And World Football Insider which quotes a letter to Prince Ali from an independent US medical specialist who supports the view that the two headscarf designs are both safe:

“There is no reason to believe that a light headscarf with breakaway attachments, such as Velcro or magnets, would exert effective occlusive pressure simultaneously on both carotid arteries such as occurs when a choke hold is used in Judo or hand to hand combat.

“In summary, there is no medical basis to prevent women from playing football with sports headscarfs that are designed for quick release in the event of inadvertent contact.

“My opinion is substantiated by lack of reports in the medical literature documenting injuries to the neck, trachea, or carotid arteries while wearing headscarfs. Moreover, based on my assessment of anatomy and physiology, I have no concerns about the potential risk of this happening.”

Update:  See The Turbulent World of Middle East Soccer, 27 May 2012