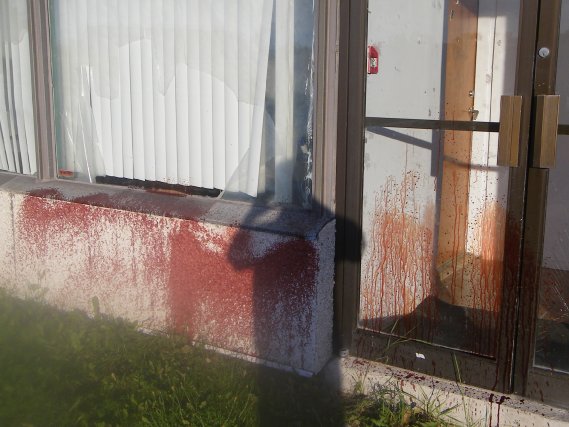 Police in Quebec’s Saguenay region have been called in after a local mosque was vandalized over the weekend – splattered with what could be pig blood.

Representatives of the area’s small Muslim community say they believe it to be an isolated incident, and Saguenay Mayor Jean Tremblay agrees. Contacted by The Canadian Press Sunday, Tremblay said he was shocked by what he termed an “isolated and stupid” act of intolerance against a place of worship.

The mayor insisted that most local residents would also be appalled by the attack. “That’s not the mentality people in the region have… All it takes is one or two stupid people for something like this to happen,” he said in an interview. He said the incident undermines the community’s efforts to welcome diversity. “This isn’t the way to show we have an open mind,” he said.

A letter was also sent to the mosque and to the local Radio-Canada station spouting anti-Islamic rhetoric.

Hussein Hassan, co-founder of the mosque, said he believes the actions are the work of “fanatics” and “unbalanced people” or “jokers,” who are not representative of the citizens of Saguenay.

Denis Harvey, lieutenant in the Saguenay police service, said inciting hatred against a religious group is prohibited by the Criminal Code – and this incident will be investigated. 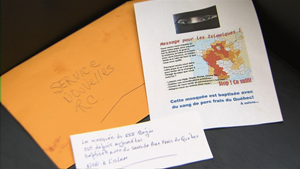 The letter sent to the mosque and radio station stated: “This mosque has been baptised with fresh pig’s blood from Quebec!” The letter also featured a photograph of a woman wearing a niqab and an Islamophobic “Message pour les Islamiques!” which evidently originates with the far right in France. 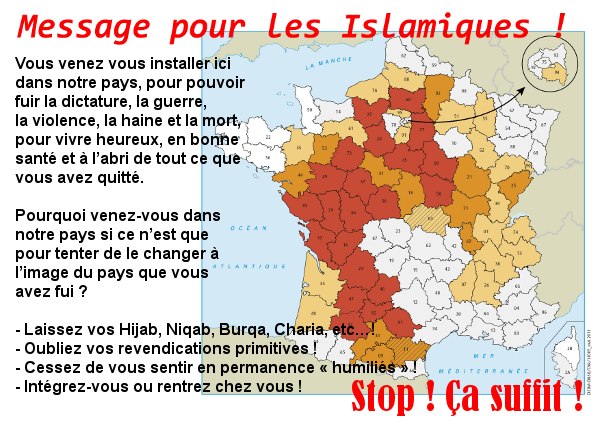